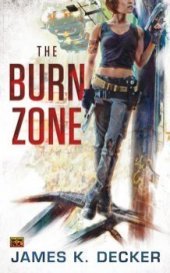 Cons: too many big revelations at the end made it hard to comprehend them all

Sam Shao's apartment is attacked and her adopted military father accused of treason and taken away by four military personel.  Aside from the fact that Sam knows her dad's innocent, she's also stunned that one of their attackers is a disguised haan.  As a surrogate for haan young, Sam is able to pick up on the aliens' emotions through her brain-band and can't understand how one of the fragile beings could survive the violence of the attack and its aftermath.  Running from the authorities, Sam tries to figure out what her father discovered that's worth killing for.

This is a fast paced SF thriller, jumping from place to place as Sam tries to find a twistkey her father acquired and hid.  Along the way she gets help from a hacker friend, a rogue haan and friends from her, and her father's, pasts.

The story takes place in an overcrowded future, where street meat and scrapcake (made from human flesh) are illegal substitutes for feeding humans when over 80% of the food produced goes to feed the alien haan in return for haan technology.  Some of the descriptions in the book are brutal, as humans are pushed to the brink of reason.

The plot is complex and it's interesting watching Sam try to avoid the various groups hunting her.  Information about what's really going on is doled out in bits and pieces, making it hard to put the book down.  I did find the ending a bit rushed in that you learn a LOT, too much to process so quickly.  I'm sure I missed a lot of the nuances of Sam's discoveries because there were so many all at once.

The aliens were really cool.  The more you learn about them the stranger they become.

In the end I really liked the book, though I'm hoping if there's a sequel some of the end of book revelations will get more discussion.
Email ThisBlogThis!Share to TwitterShare to FacebookShare to Pinterest
Posted by Jessica Strider at 13:55