Plague Year begins with a bang and the roller coaster of events doesn't stop until you run out of pages and start looking for book two, Plague War. Nanotech designed with the hope of creating immortality and ending cancer has overrun the world, destroying all warm blooded life below 10 000 feet. The few survivors are slowly starving to death and fighting over the few resources still available.

Focusing on two groups - one in the Californian mountains, one in the heart of the remains of a corrupt government, the novel shows how in times of crisis the best and worst of human nature survive.

And if you haven't seen the book trailor, take a look. It's one of the best out there.
Email ThisBlogThis!Share to TwitterShare to FacebookShare to Pinterest
Posted by Jessica Strider at 09:39 0 comments

A wonderful mixture of fantasy and romance, this is the third book in the Tairen Soul series, and the books just get better. While I found the second novel a little more 'romancy' than I generally prefer, this novel returns to the wonder of being in a fantasy world and is more plot rather than character focused.

The world is expanded as Rain escorts his new wife back to the Fading Lands, where Ellysetta discovers that political scheming is not only a Celierian vice and Rain enjoys less popular support than she was led to believe. The crisis of the dying Tairens is examined in detail as Ellysetta tries to familiarize herself with her new home and responsibilities... and discover more about her own sinister origins and ties to the Eld's High Mage.

The ending will blow you away.
Email ThisBlogThis!Share to TwitterShare to FacebookShare to Pinterest
Posted by Jessica Strider at 22:21 0 comments 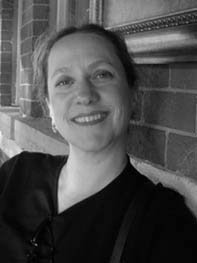 > Lots of rejections for stories that never got published (go figure). For the romance novel, 2 rejections before it sold. For The Mirror Prince, if you don't count the number of drafts my agent asked for, no rejections at all, since my agent handled it. Say, there's another good reason to have an agent.
Email ThisBlogThis!Share to TwitterShare to FacebookShare to Pinterest
Posted by Jessica Strider at 10:03 0 comments