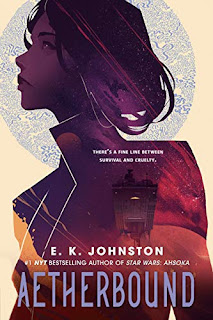 Set on a family-run interstellar freighter called the Harland and a mysterious remote space station, E. K. Johnston's latest is story of survival and self-determination.
Pendt Harland's family sees her as a waste of food on their long-haul space cruiser when her genes reveal an undesirable mutation. But if she plays her cards right she might have a chance to do much more than survive. During a space-station layover, Pendt escapes and forms a lucky bond with the Brannick twins, the teenage heirs of the powerful family that owns the station. Against all odds, the trio hatches a long-shot scheme to take over the station and thwart the destinies they never wished for.
Email ThisBlogThis!Share to TwitterShare to FacebookShare to Pinterest
Posted by Jessica Strider at 10:02 0 comments

Troll Bridge is a fan made film of short story by Sir Terry Pratchett of the same name. The special effects are surprisingly good and it's clear that everyone involved cared deeply about the Discworld and wanted things to look just right. Pay close attention to the end credit ballad, which continues the story.

Cohen the Barbarian was angry. Angry that he never died in battle, angry that the world had forgotten him, and angry that his knees were starting to play up in the cold.

He was also angry that his faithful mount had been gifted the ability of magical speech. The horse was insisting that they had made a wrong turn back at Slice.

Email ThisBlogThis!Share to TwitterShare to FacebookShare to Pinterest
Posted by Jessica Strider at 15:44 0 comments 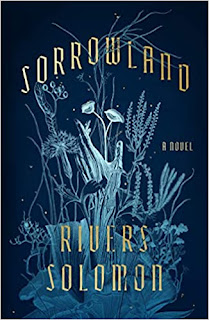 Vern―seven months pregnant and desperate to escape the strict religious compound where she was raised―flees for the shelter of the woods. There, she gives birth to twins, and plans to raise them far from the influence of the outside world.
But even in the forest, Vern is a hunted woman. Forced to fight back against the community that refuses to let her go, she unleashes incredible brutality far beyond what a person should be capable of, her body wracked by inexplicable and uncanny changes.

To understand her metamorphosis and to protect her small family, Vern has to face the past, and more troublingly, the future―outside the woods. Finding the truth will mean uncovering the secrets of the compound she fled but also the violent history in America that produced it.
Email ThisBlogThis!Share to TwitterShare to FacebookShare to Pinterest
Posted by Jessica Strider at 20:38 0 comments 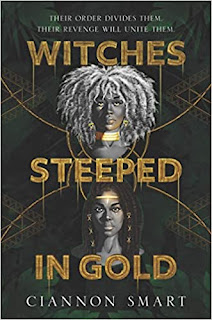 This Jamaican-inspired fantasy debut about two enemy witches who must enter into a deadly alliance to take down a common enemy has the twisted cat-and-mouse of Killing Eve with the richly imagined fantasy world of Furyborn and Ember in the Ashes.

Iraya has spent her life in a cell, but every day brings her closer to freedom—and vengeance.

Jazmyne is the Queen’s daughter, but unlike her sister before her, she has no intention of dying to strengthen her mother’s power.

Sworn enemies, these two witches enter a precarious alliance to take down a mutual threat. But power is intoxicating, revenge is a bloody pursuit, and nothing is certain—except the lengths they will go to win this game.
Email ThisBlogThis!Share to TwitterShare to FacebookShare to Pinterest
Posted by Jessica Strider at 10:17 0 comments

Book Review: Lucifer: The Devil in the Middle Ages by Jeffrey Burton Russell 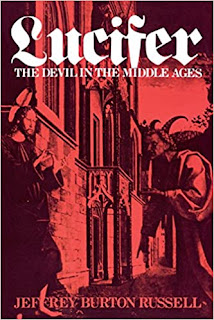 Cons: fair amount of repetition, some sections could have been fleshed out more

This is the third book in Russell’s history of the devil, following The Devil: Perceptions of Evil from Antiquity to Primitive Christianity and Satan: The Early Christian Tradition. (Click the titles to read my reviews of them.) It examines the development of the history and figure of the devil during the middle ages, considering issues like when and why he fell, what he looks like, what his powers are, his role in the fall of mankind and its subsequent salvation by Christ, and whether God is ultimately responsible for the devil's actions.

Due to the nature of the topic and how people and institutions wrote either building on the past or opposing the writings of others (writings that were deemed heretical), there’s a fair amount of repetition. It’s really interesting seeing the slow development of ideas. The book focuses mainly on the timeline of the fall of the devil & the evil angels (at the time of creation, sometime later) and the image and powers of the devil.

I’d have liked longer chapters on the Muslim devil and Byzantium as I don’t know as much about those areas of belief and his examination of them was very superficial.

The book includes a decent number of black and white photographs to help visualize the subject matter.

The book pointed out a lot of interesting information about how Christian thinkers in the middle ages approached ideas of evil, the devil and God’s omnipotence. Despite the level of repetition, it’s a fascinating book.
Email ThisBlogThis!Share to TwitterShare to FacebookShare to Pinterest
Posted by Jessica Strider at 10:28 0 comments