Epic Fantasy to Watch Out For

As with the other reading lists, this is merely a sampling of new authors writing epic fantasy. They are listed in no particular order. 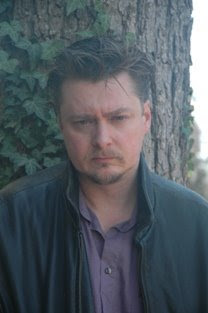 Novels: Act of Will
What Time Devours
Mask of Atreus
On the Fifth Day

ACT OF WILL is about Will Hawthorne, a young actor/playwright in a vaguely Elizabethan world, who falls foul of the authorities and winds up taking refuge with a group of principled adventurers who are trying to identify and defeat and mysterious army of murderous horsemen. Will is a wry, cynical guy with none of the usual hero skills, a smart mouth, a deep skepticism concnerning unselfish virtue, self-sacrifice and magic. The book is his journey into meeting some of these things head on in situation which, I hope, readers will find both funny and thrilling. From what I'm hearing back, it particularly appeals to readers of Terry Prachett.
> What are your favourite three books?

> In the books you’ve written, who is you favourite character and why? Or what character is most like you?
Hmmm. I like Deborah Miller a lot (MASK OF ATREUS) but I have to admit that Will Hawthorne (ACT OF WILL) is probably more like me. In fact I suspect, if readers were honest, he's like a lot of us... sarcastic, self-involved, cynical, even a little cowardly, but with a kind of moral compas burried inside somewhere deep down. Very deep down...

My first novel was an Agatha Christie style murder mysery with literary pretensions. I started it when I was 19 and finished it in about a year. It was terrible. I revised it a few years later and made it less terrible but just as unsellable.
> If you still have one, what’s your day job? If you don’t, how long did it take before you could support yourself only on your writing?

I still have (by choice) a day job. I'm a Shakespeare professor, specifically a performance theorist and critic. I work as a theatre director and dramaturg and most of my scholarly publications are about modern performance issues concerning Renaissance drama.
> What is your university degree in?

BA, MA and Ph.D all in English literature though I'm now in a theatre dept.
> When and where do you write?

Mornings, as soon as I can get the house to myself. I need privacy and total silence, and I have a dedicated study for the purpose.
> What is something you didn’t know about the publishing industry before you had your first book published?

Lots of things, most of them depressing. I didn't know that the vast majority of books get no real marketing budget at all, the tiny number of massive names getting the bulk of the promotional resources. Not that I'm bitter.
> Do you have any advice for hopeful authors?

Never quit, but take the word of people you trust seriously.
> How many rejection letters did you get for your fist novel or story?

Too many to remember. I wrote 8 novels over 20 years before one was
published.
Email ThisBlogThis!Share to TwitterShare to FacebookShare to Pinterest
Posted by Jessica Strider at 10:24 0 comments

Pride and Prejudice and Zombies

Hey girls, can't get your significant other to read Pride and Prejudice because it's too girly and boring? Well, here's a version they'll pick up AND enjoy. Pride and Prejudice and Zombies is the original story, minus some of the boring bits, with, you guessed it, zombies added in by Seth Grahame-Smith. You know how Elizabeth practices the piano in the original? In this one she practices fighting techniques in the family dojo. Some of the things that go unexplained in the original (why the militia's stationed nearby and why Netherfield's vacant at the start of the novel) are explained in this version. And while the ending's quite different (I won't spoil it for you) the gist of it's the same, and could raise the opportunity of DISCUSSING Pride and Prejudice with your man. Which you can then brag about to all your girl friends who are disappointed that THEIR guy won't read the book (or watch the movie or mini series with them).
Email ThisBlogThis!Share to TwitterShare to FacebookShare to Pinterest
Posted by Jessica Strider at 12:09 0 comments