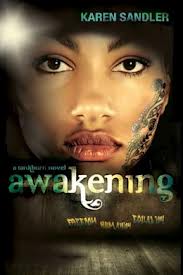 Cons: Kayla and Devak's waffling with regards to their relationship got a bit irritating, several plot twists were obvious

Note: as the second book in the series this review contains potential spoilers for book 1, Tankborn (reviewed here).

It's been several months since the events of Tankborn and Kayla misses Devak.  He's been avoiding meeting with her and she's not entirely sure why.  Her transport job with Risa has kept her from visiting home and though she's done a lot of work for the kinship, transporting information and materials, she's not as sure their goals are in line with hers anymore.

Two other matters concern her: the spread of the Scratch, a plague that only infects GENs, one their internal circuitry can't cure, with a 100% mortality rate.  That is, 100% until one victim came back to life with the ability to heal others.  And the graffiti scribbled on the door of a warehouse that blows up: Freedom. Humanity. Equality.

This is a great book with a series of complex, interconnected plots.  The characters are great, with a mix of races represented, and a positive portrayal of a lesbian couple.

Kayla's dealing with several issues, both in her love life and with regards to her treatment by the kin.  She's fed up letting people mess with her brain without explaining what they're doing, even if it's just to transport information from one group to another.

While I found her relationship issues with Devak a bit irritating over the course of the book, I acknowledge that it's a realistic portrayal of how two sixteen year olds react in the face of challenges they hope - perhaps without hope - to overcome.  Devak's realized just how hard a relationship with a GEN would be, and even if Kayla took the treatment that would turn her into a lowborn, a life together would be difficult.  She meanwhile feels he's making decisions for her, just like the other trueborns in the kinship.

Some of the plot twists were fairly obvious, but that didn't make the book easy to predict.  There were a number of twists I didn't see coming, particularly the cliffhanger ending.
Email ThisBlogThis!Share to TwitterShare to FacebookShare to Pinterest
Posted by Jessica Strider at 12:23