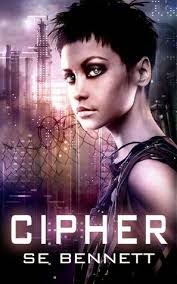 Cipher Omega is sixteen years old and a failed experiment.


She is an identical clone of the brilliant, damaged woman whose genome the scientists of the Basement were trying to copy and improve. Without the modifications they wanted, she isn't just worthless: she's a liability, a ticking time bomb of instincts and human weakness.

All her life she has dreamt of the freedom of life outside the laboratory, on the surface world, but when her home is destroyed and she's left the only survivor of a hundred-year human cloning project, she is forced to face the reality of the military-ruled nation that created her.

Aided by the only other surviving child of the Basement, an enigmatic solider named Tor, and two rebel journalists named Bowen and Oona Rivers, Cipher finds herself searching for answers in the wreckage of a once-great city.

When the time comes, will she be able to chose between freedom and love?