Myths and Legends: Wizards: From Merlin to Faust by David and Leslie McIntee - Osprey's Myths and Legends series is great if you want an introduction to the topic at hand.  I knew some of the wizards mentioned, but this book had a lot of great information, both in terms of the myths covered and the history behind the wizards. 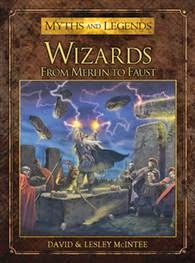 From the wise and mysterious soothsayer with his long grey beard to the deathless necromancer practicing his dark magics in a forgotten dungeon, wizards have captured our imaginations since the earliest days of human storytelling, presenting us with some of our greatest heroes and villains. This book collects the tales of the most interesting, popular, and important spell-casters from history, including such legendary figures as Merlin, Simon Magus, Hermes Trismegistus, Koschei the Deathless, Nicholas Flamel, Dr John Dee, and Johann Georg Faust. Written to appeal to the modern reader, each tale captures the drama, the tragedy, and the wonderment that has ensured that these stories have survived the passing centuries. Each story is also examined in its historical, mythological, and thaumaturgical contexts.

Matt Rowley hasn't been human for years. A commando for the International Council on Augmented Phenomena, he hunts down superhuman monsters the military can't handle. But his abilities come with a price: bloodthirsty whispers that urge him to acts of terrible violence. An encounter with a giant, angelic being with wings of smoke and shadow casts him into a world of inhuman brutality, demonic possession, and madness, where he must choose between his family and his soul.

The Overslight by Charlie Fletcher - I'm currently reading this and it's quite interesting so far. 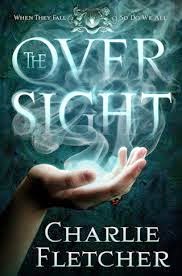 "The end always happens faster than you think."

Once there were hundreds of members of the Oversight, the brave souls who guard the borders between the mundane and the magic. Now there are only five.

When a vagabond brings a screaming girl to the Oversight''s London headquarters, she could answer their hopes for new recruit, or she could be the instrument of their downfall.

The Goblin Emperor by Katherine Addison - I've heard a lot of good things about this debut. 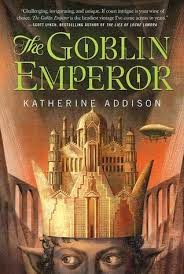 The youngest, half-goblin son of the Emperor has lived his entire life in exile, distant from the Imperial Court and the deadly intrigue that suffuses it. But when his father and three sons in line for the throne are killed in an "accident," he has no choice but to take his place as the only surviving rightful heir.Entirely unschooled in the art of court politics, he has no friends, no advisors, and the sure knowledge that whoever assassinated his father and brothers could make an attempt on his life at any moment.Surrounded by sycophants eager to curry favor with the naive new emperor, and overwhelmed by the burdens of his new life, he can trust nobody. Amid the swirl of plots to depose him, offers of arranged marriages, and the specter of the unknown conspirators who lurk in the shadows, he must quickly adjust to life as the Goblin Emperor. All the while, he is alone, and trying to find even a single friend . . . and hoping for the possibility of romance, yet also vigilant against the unseen enemies that threaten him, lest he lose his throne-or his life.

The Time Traveler's Almanac by Ann and Jeff Vandermeer, Ed. - This is quite a large volume, and I hope time constraints don't make it an impossible read for me (collections take longer to review than novels) because it really has a wide range of stories in it. 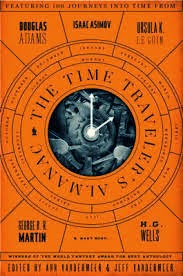 The Time Traveler's Almanac is the largest and most definitive collection of time travel stories ever assembled. Gathered into one volume by intrepid chrononauts and world-renowned anthologists Ann and Jeff VanderMeer, this book compiles more than a century's worth of literary travels into the past and the future that will serve to reacquaint readers with beloved classics of the time travel genre and introduce them to thrilling contemporary innovations.

In fact, this book is like a time machine of its very own, covering millions of years of Earth's history from the age of the dinosaurs through to strange and fascinating futures, spanning the ages from the beginning of time to its very end. The Time Traveler's Almanac is the ultimate anthology for the time traveler in "your" life.

Night Terrors by Tim Waggoner - Love the cover, love the synopsis.  Can't wait to read this. 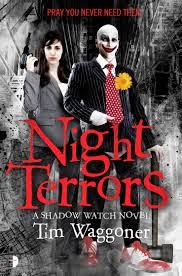 When you dream, you visit the Maelstrom. Dream long enough and hard enough, and your dreams can break through into the living world.

So can your nightmares.

And who's there to catch the dreams and nightmares as they fall into reality?

Meet the Nightwatch. Pray you never need them...

The Buried Life by Carie Patel 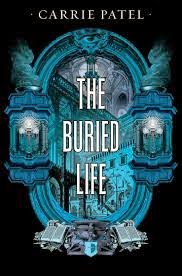 The gaslight and shadows of the underground city of Recoletta hide secrets and lies. When Inspector Liesl Malone investigates the murder of a renowned historian, she finds herself stonewalled by the all-powerful Directorate of Preservation - Recoletta's top-secret historical research facility.

When a second high-profile murder threatens the very fabric of city society, Malone and her rookie partner Rafe Sundar must tread carefully, lest they fall victim to not only the criminals they seek, but the government which purports to protect them. Knowledge is power, and power must be preserved at all costs…

Email ThisBlogThis!Share to TwitterShare to FacebookShare to Pinterest
Posted by Jessica Strider at 16:30