April turned out to be a much busier month than I'd anticipated.  Though the World's Biggest Bookstore closed at the end of March, I was still scheduled a fair amount (partly for returns at the WBB, partly to work at other stores).  I'm hoping to catch up on my reading in May and put a serious dent in my review pile.  There are some great books out and more coming out every day. :)


The Tropic of Serpents by Marie Brennan - This book is very high on my to be read pile.  I loved the first one and can't wait to get back into this world. 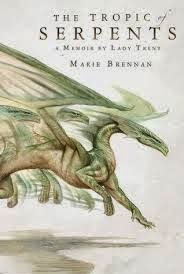 The thrilling adventure of Lady Trent continues in Marie Brennan's "The Tropic of Serpents . . . "

Attentive readers of Lady Trent's earlier memoir, "A Natural History of Dragons, " are already familiar with how a bookish and determined young woman named Isabella first set out on the historic course that would one day lead her to becoming the world's premier dragon naturalist. Now, in this remarkably candid second volume, Lady Trent looks back at the next stage of her illustrious (and occasionally scandalous) career.

Three years after her fateful journeys through the forbidding mountains of Vystrana, Mrs. Camherst defies family and convention to embark on an expedition to the war-torn continent of Eriga, home of such exotic draconian species as the grass-dwelling snakes of the savannah, arboreal tree snakes, and, most elusive of all, the legendary swamp-wyrms of the tropics.

The expedition is not an easy one. Accompanied by both an old associate and a runaway heiress, Isabella must brave oppressive heat, merciless fevers, palace intrigues, gossip, and other hazards in order to satisfy her boundless fascination with all things draconian, even if it means venturing deep into the forbidden jungle known as the Green Hell . . . where her courage, resourcefulness, and scientific curiosity will be tested as never before.


Pillar To The Sky by William Forstchen - This is the first book of TOR's collaboration with NASA to help inspire and educate. 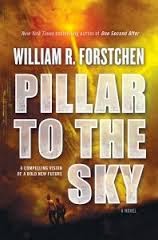 Gary Morgan--a brilliant, renegade scientist is pilloried by the scientific community for his belief in a space elevator: a pillar to the sky, which he believes will make space flight fast, simple and affordable.

Eva Morgan--a brilliant and beautiful scientist of Ukranian descent, she has had a lifelong obsession to build a pillar to the sky, a vertiginous tower which would mine the power of the sun and supply humanity with cheap, limitless energy forever.

Erich Rothenberg--the ancient but revered rocket-scientist who labored with von Braun to create the first rockets and continued on to build those of today. A legend, he has mentored Gary and Eva for two decades, nurturing and encouraging their transcendent vision.

Franklin Smith--the eccentric Silicon Valley billionaire who will champion their cause, wage war with Congress and government bureaucracy and most important, finance their herculean undertaking.

The Goddard Space Flight Center--the novel's pre-eminent hero, it's enormous army of scientists, engineers and astronauts will design, machine, and build the space elevator. They will fight endless battles and overcome countless obstacles every step of the way.
This journey to the stars will not be easy--a tumultuous struggle filled with violence and heroism, love and death, spellbinding beauty and heartbreaking betrayal. The stakes could not be higher. Humanity's salvation will hang in the balance.


Three Princes by Ramona Wheeler - I haven't heard much about this book, but it sounds pretty interesting. 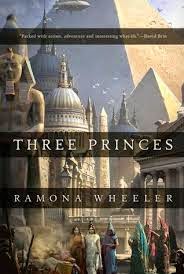 Lord Scott Oken, a prince of Albion, and Professor-Prince Mikel Mabruke live in a world where the sun never set on the Egyptian Empire. In the year 1877 of Our Lord Julius Caesar, Pharaoh Djoser-George governs a sprawling realm that spans Europe, Africa, and much of Asia. When the European terrorist Otto von Bismarck touches off an international conspiracy, Scott and Mik are charged with exposing the plot against the Empire.

Their adventure takes them from the sands of Memphis to a lush New World, home of the Incan Tawantinsuyu, a rival empire across the glittering Atlantic Ocean. Encompassing Quetzal airships, operas, blood sacrifice and high diplomacy, Ramona Wheeler's "Three Princes" is a richly imagined, cinematic vision of a modern Egyptian Empire.

Words of Radiance by Brandon Sanderson - Book 2 of the Stormlight Archive. 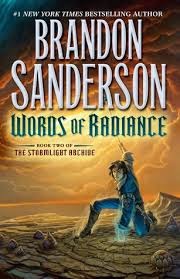 Six years ago, the Assassin in White, a hireling of the inscrutable Parshendi, assassinated the Alethi king on the very night a treaty between men and Parshendi was being celebrated. So began the Vengeance Pact among the highprinces of Alethkar and the War of Reckoning against the Parshendi.

Now the Assassin is active again, murdering rulers all over the world of Roshar, using his baffling powers to thwart every bodyguard and elude all pursuers. Among his prime targets is Highprince Dalinar, widely considered the power behind the Alethi throne. His leading role in the war would seem reason enough, but the Assassin's master has much deeper motives.

Expected by his enemies to die the miserable death of a military slave, Kaladin survived to be given command of the royal bodyguards, a controversial first for a low-status "darkeyes." Now he must protect the king and Dalinar from every common peril as well as the distinctly uncommon threat of the Assassin, all while secretly struggling to master remarkable new powers that are somehow linked to his honorspren, Syl.

Brilliant but troubled Shallan strives along a parallel path. Despite being broken in ways she refuses to acknowledge, she bears a terrible burden: to somehow prevent the return of the legendary Voidbringers and the civilization-ending Desolation that will follow. The secrets she needs can be found at the Shattered Plains, but just arriving there proves more difficult than she could have imagined.

Meanwhile, at the heart of the Shattered Plains, the Parshendi are making an epochal decision. Hard pressed by years of Alethi attacks, their numbers ever shrinking, they are convinced by their war leader, Eshonai, to risk everything on a desperate gamble with the very supernatural forces they once fled. The possible consequences for Parshendi and humans alike, indeed, for Roshar itself, are as dangerous as they are incalculable.


The Raven's Shadow by Elspeth Cooper 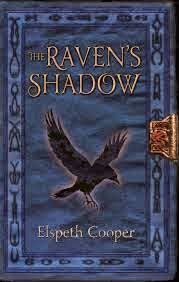 The Raven's Shadow, the third book of Elspeth Cooper's The Wild Hunt series finds war brewing on both sides of the Veil between the worlds. The desert of Gimrael is aflame with violence, and in the far north an ancient hatred is about to spill over into the renewal of a war that, a thousand years ago, forged an empire. This time, it may shatter one. Wrestling with his failing grip on the power of the Song, and still trying to come to terms with the horrifying events he witnessed in El Maqqam, Gair returns to the mainland with only one thing on his mind: vengeance. It may cost him his life, but when everything that he had to live for is being stripped away from him, that may be a fair price to pay. Old friends and old foes converge in a battle of wills to stem the tide of the Nimrothi clans as they charge south to reclaim the lands lost in the Founding Wars. If they succeed, the rest of the empire may be their next target. And with the Wild Hunt at their head, the overstretched Imperial Army may not be enough to stop them. 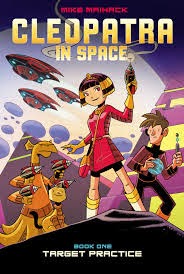 A funny, action-packed graphic novel featuring fifteen-year-old Cleopatra - yes, THAT Cleopatra - who''s transported to the future and learns it''s up to her to save the galaxy!

When fifteen-year-old Cleopatra (yes, THAT Cleopatra) finds a mysterious tablet that zaps her to the far, REALLY far future, she learns of an ancient prophecy that says she is destined to save the galaxy from the tyrannical rule of the evil Xaius Octavian.

She enrolls in Yasiro Academy, a high-tech school with classes like algebra, biology, and alien languages (which Cleo could do without), and combat training (which is more Cleo''s style). With help from her teacher Khensu, Cleo learns what it takes to be a great leader, while trying to figure out how she''s going to get her homework done, make friends, avoid detention, and everything else that comes with being the future queen of the universe!


The Night Inside by Nancy Baker 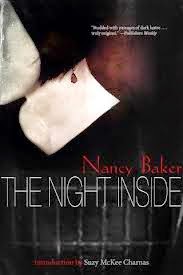 Dependable grad student Ardeth Alexander finds herself trapped in a nightmare as the unwilling blood source for a captive vampire. When she discovers that her fellow prisoner is not the worst monster she faces, she realizes that the only way to survive is to make an irrevocable choice.

Email ThisBlogThis!Share to TwitterShare to FacebookShare to Pinterest
Posted by Jessica Strider at 14:06