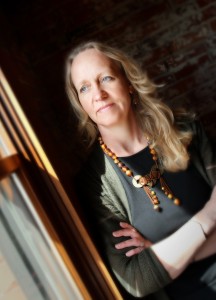 > What is Between about?


Vivian's life is finally on track. She has a job she loves as an ER doctor and has just met – literally – the man of her dreams. But when her eccentric grandfather is murdered and designates her as his next of kin, she discovers that she is the last of a race of beings known as dreamshifters. It is her task to guard the doorways between waking and dreaming, which have already begun to unravel, spilling dangerous creatures from dream into the waking world. When she sets out to close the open doors and protect her town and the people she loves, Vivian confronts dragons, intrigue, and the dark secrets of her own family history. In the end, she comes face to face with a sorceress seeking eternal life and ultimate power. Vivian must find a way to stop her, or reality will be forever altered.
> Where did your idea for dreamshifters come from?

My main character, Vivian, came up with it. I'm not kidding! I had explored several different alternate realities for her. One night I was journaling in her voice, and came up with the words, "dreamworld, wakeworld, and between." And that's when I really figured out the idea of a dreamshifter.

> You were a nurse and now work as a mental health counselor.  Did making your protagonist an ER doctor require any research?  If so, how much?

There was some research required, because most of my nursing experience was in Labor and Delivery, which wasn't exactly relevant. I spent a lot of time in the ER as a mental health crisis specialist, so I had a pretty good idea about the environment, but I had to research specific details related to the medical needs of my characters. I used Google for some things, and then found an experienced ER nurse who was willing to clarify details and check my work for accuracy. 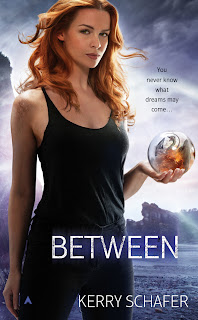 I fell in love with words - there was nothing else to be done.

Nope. Part of writing an interesting book means making life hard for your characters. My reality is a much safer place to be.
> What was the hardest scene for you to write?

Probably one of the ones I ended up cutting. As for the scenes in the book - maybe the dragon fight at the end. Action scenes are tricky, because you have to be able to do choreography in your head. I struggle with that.
> When and where do you write?

Wherever and whenever I can find the time. I have a laptop, and it travels around with me.
> What’s the best/worst thing about writing?

Best thing: when the story hands you things you could never have dreamed up for yourself. Worst thing: days when it feels like every word you write totally sucks

Never give up on trying to get your work published, but while you're at it keep writing new (and better) things. 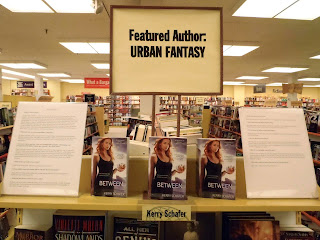 Write anyway. If you truly can't get any work done on your current project, then switch to a journal. Write in your character's voice or your own. Write something. Write anything. If it's bad you can always throw it away later, but sometimes you have to write some really rotten stuff before getting to the gold.
> How do you discipline yourself to write?

I'm bad at self discipline, so I use other people. I'll throw something out on Twitter about my word goal and ask people to kick my butt if I keep wasting time. Or, better yet, I like to set up a sprint with friends. We choose a time to start and end, then write like crazy to see who can get the most words in.

I lost count. Thirty maybe? There were a lot.
Email ThisBlogThis!Share to TwitterShare to FacebookShare to Pinterest
Posted by Jessica Strider at 10:12