After Queen Gudit ruled some time passed and then the Zagwe dynasty, also ethnically Agaw, took control, with their capital in Roha (now called Lalibela). The Axumites were predominately Amharic in ethnicity. Records differ regarding how many years the Zagwe were in power starting in the early 1100s. Either 5 kings ruled for a total of 169 years, or 10 kings ruled over 314 years. The Solomonic dynasty that took over after them seems to have destroyed records of prior rulers so very little is known for sure about this period of Ethiopia’s history.

Some believe that the first Zagwe king married the daughter of the last Axumite king, thereby making their rule ‘legitimate’ (and part of the Solomonic line). There’s another legend that states the ancestor of the Zagwe line was the serving woman of the Queen of Sheeba who also (maybe even before the Queen) bore Solomon’s child.

We do know that three kings of this line were named Yemrehanne Kristos, Gebre Mesqel Lalibela, and Naakuto Laab because all three left churches behind and were sainted by the Ethiopian Tewahedo Orthodox church.

It seems the Zagwe were trying to recapture the greatness of the Axumite Empire (or maybe just enhance their legitimacy) because they patterned a lot of their buildings off of Axumite building techniques. The church of Yemrehanna Kristos is the closest thing we have to an authentic Axumite building.

The church was built inside a cave. There's a small waterfall outside with holy water and a new gate/wall to protect the church. Due to the wet ground, the church is actually raised up a bit on a wooden platform. 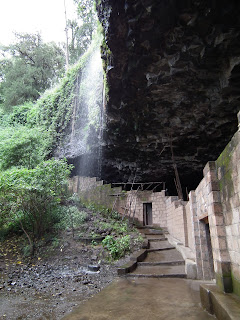 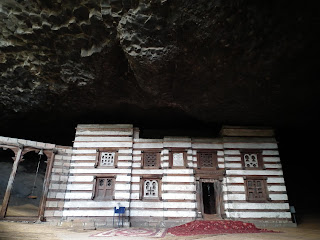 Yemrehanna Kristos is a remarkably well preserved building that dates from the mid 12th century. It was built of alternating bands of wood and stone (not cut stones, small stones with a covering overtop). The windows and door have beams jutting out a bit called monkey heads. 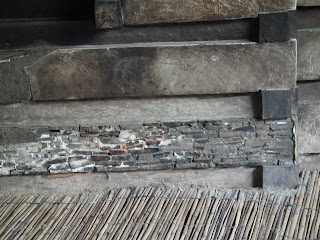 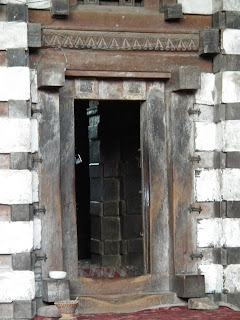 Inside it is dark and hard to photograph, but each section of the ceiling has a different wooden inlay pattern. There’s a wooden saddleback ceiling in the nave before the altar. 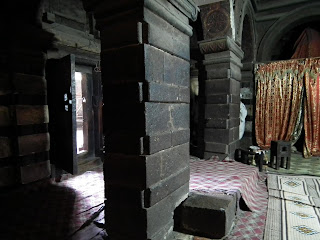 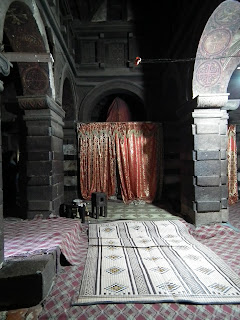 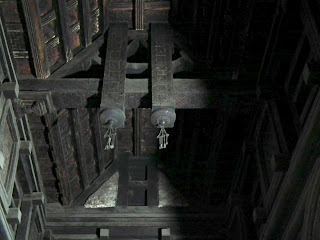 There are a few faint paintings on the South side above the door you enter. I didn't have the right equipment to get good photos, so here's a clear - if dark - photo of some equestrian saints. 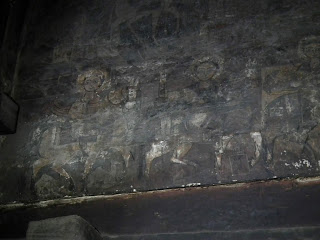 Behind the church at the back of the cave is the 'graveyard' where the exposed bones of former priests and pilgrims lay haphazardly. 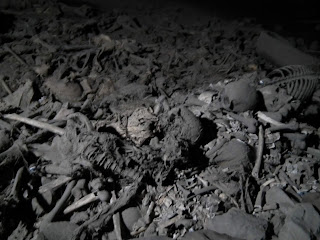 The church lies roughly 1 1/2 hours from Lalibela down unpaved roads. Then it's a 10-15 minute walk up a pretty path with some nice trees and flowers. The price recently rose from US $15 to 30, which our guide said their organization is trying to reduce as it will greatly affect the number of tourists willing to visit (and how many guides are needed to escort them). The church is worth visiting for both its historical and artistic value.
Email ThisBlogThis!Share to TwitterShare to FacebookShare to Pinterest
Posted by Jessica Strider at 12:55