Ethiopia Trip: The Road between Bahir Dar and Gondar

I'm adding in a post to show what the roads are like and what you'll see in the countryside. As I've said before, Ethiopia is gorgeous, with so many mountains and twisty roads and viewpoints. This block of road is on the flatter side but you still find a lot of giant potholes in the paved roads. You also have to drive around all sorts of animals (cows, sheep, goats, donkeys, the occasional horse, chicken, later on we started passing camels), people and vehicles (horse/ox drawn carts, tuk tuks, cars, buses, trucks), both in the countryside and in the villages and small towns you drive through. We were told that if a driver hits an animal they have to pay the owner the value. So a cow is apparently something like 4000 birr (about US $135). 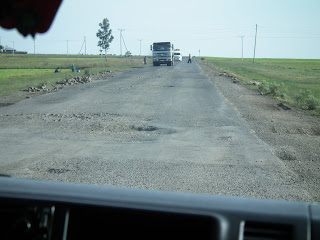 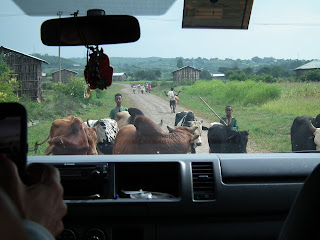 It's amazing how medieval the technology most farmers still use is. We passed numerous farmers using old style ploughs and in the later stages of the trips people were using sickles to harvest grains. 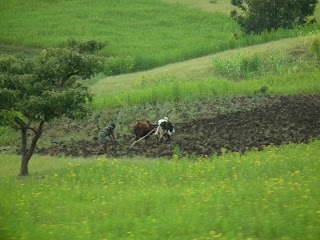 We made a quick pitstop to buy grilled corn from one of the women selling it at the side of the road. We'd be miles from any house and yet a group of women would be sitting at the side of the road with their braziers. The corn itself was on the hard, starchy, side. It also tasted more like popcorn than fresh corn. 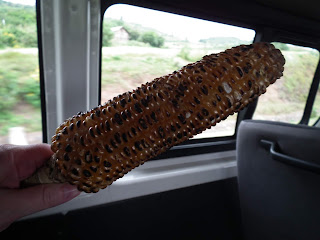 The only big stop on our route was to Awra Amba, a utopian village dedicated to gender equality. Ethiopia has rigid divisions between what’s considered women’s work and men’s work. For example, women spin thread but men weave cloth. This village believes that everyone should work according to their abilities. Their founder, Zumra Nuru was incarcerated for insanity by his family when he started talking about his ideas. He's quite a visionary. Some of the village's slogans are included in the photo below. They're really worth reading and sharing. I'm not sure I agree with their idea of making people outcasts if they break rules though. 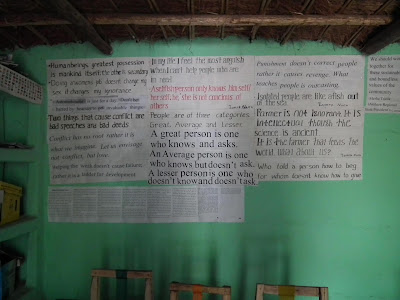 They had a school for the kids with a lot of English textbooks. I really liked their old folk's home (pictured below), which gave each person a small room for privacy but as part of a common room where they can meet inside for company while their family members are working. Exteriors are all done in the traditional style. 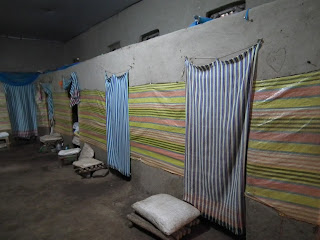 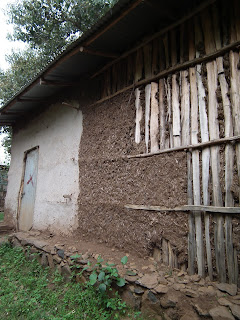 Their workshop was fairly large with a few looms and a clever recycling of a bicycle tire for a spinning wheel. They survive by selling their cloth. 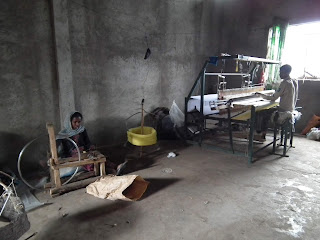 It was an interesting village to learn about and I'm glad my tour stopped there.
Email ThisBlogThis!Share to TwitterShare to FacebookShare to Pinterest
Posted by Jessica Strider at 11:44