I was going to do the trip geographically, in the order I travelled, but it occurred to me that most of the places remaining have a lot of history behind them and it would make more sense to do them in historical order instead. So I'm adding the Simien Mountains in here. They'd geographically come after Gondar and before Axum. And then I'll start the historical places with Yeha tomorrow.

The Simien Mountains have been a national park since 1966 and became a World Heritage Site in 1978. Over 10,000 people live within its boundaries. On the way there you pass through Dubark, a small town that was having an animal market the day we were there. To enter the park you need to hire a mandatory guide and (armed) scout. Again, this is to help increase employment for locals. 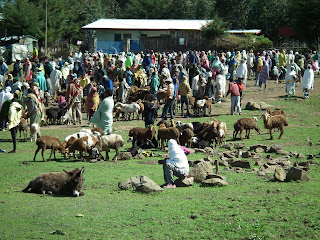 Our guide knew of a waterfall just off the road heading to the mountains. We walked about 15 minutes through a field to find it. I love the golden teff waving in the wind. On the way back we found and ate some wild sweet peas growing there. 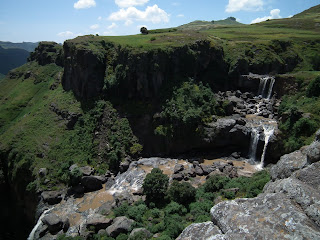 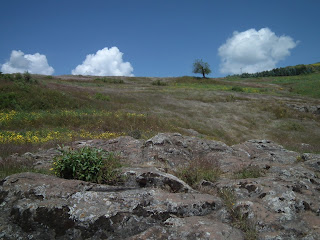 Once in the mountains we went for a 2 hour hike to see the gelada 'baboons', also called the bleeding heart monkey for the red heart shaped symbol on the chests of dominant males. They're only found in Northern Ethiopia and are the only primates that eat mostly grass and roots. The males have harems, but if they don't groom their troop members enough they can be replaced. They're fairly cool with humans, allowing us to get within a metre of them. We found two large troops and were able to get some great pictures of them. 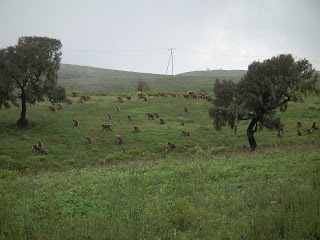 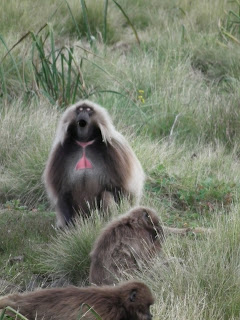 It was misty in the afternoon so we didn't get to see the amazing views and cliffs, but we got some awesome atmospheric shots, like our scout in the mist. 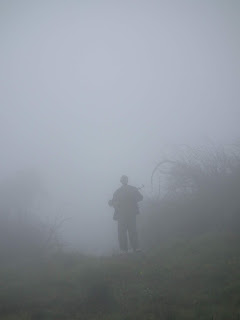 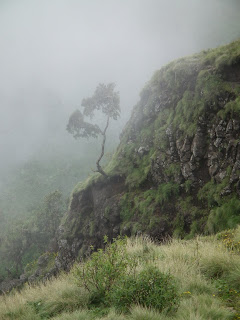 We stayed at the Simien Lodge, high up in the mountains. They have the highest bar in Africa, at 3260m (10,700 feet). It's a great place to relax in the evening. 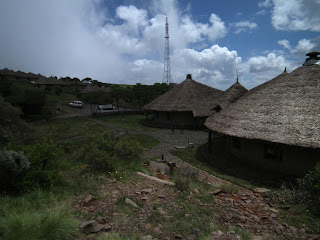 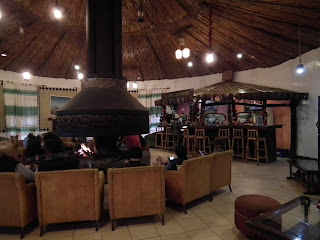 The next day, driving to Axum/Aksum we got to see some of the promised views as we navigated a wet, windy canyon road. We also got stuck behind a van and a truck trying to pass each other on the narrow road. With no guard rails it's quite a drop should you get into an accident. 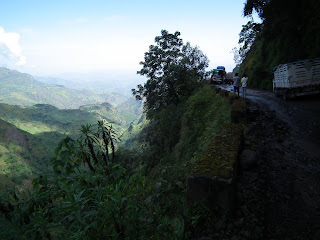 We'd gone through several checkpoints where army personnel either waved us through or looked through our stuff. In the highlands we encountered these ropes pulled across the road forcing you to stop. 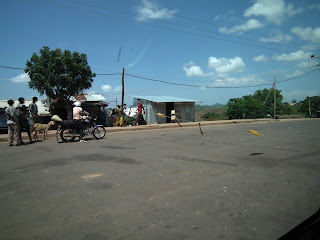 We passed a refugee camp later that day housing people from Eritrea, South Sudan and some displaced from within Ethiopia. A reminder that war is never far away in some countries and foreign aid is necessary. 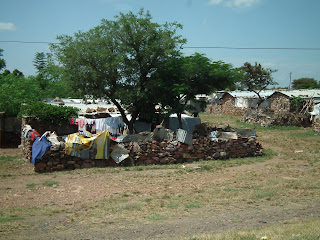 Email ThisBlogThis!Share to TwitterShare to FacebookShare to Pinterest
Posted by Jessica Strider at 12:07