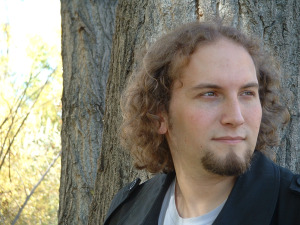 Novels:
The Dead of Winter
She Returns From War

> What is The Dead of Winter about?

Both The Dead of Winter and She Returns From War follow the exploits of Cora Oglesby, a bounty hunter who roams the Old West in search of supernatural bounties. The Dead of Winter tells how a seemingly ordinary job for Cora and her husband Ben descends into a nightmare, forcing her to question the truth about her past. She Returns From War picks up four years afterward, when a young British aristocrat seeking to enlist Cora's help in avenging the death of her parents draws them both into the path of a Navajo witch.

> Fantasy set in the American west is becoming more popular.  What drew you to writing about that period?

It grew out of a short story submission. Morpheus Tales announced a Western-themed horror special issue a few years ago, and I really liked the idea. I wrote a story about Cora's initial incarnation hunting down some necromancers, and the character stuck with me long after I'd finished. When I started researching more about the time period in preparation for a full-length novel, I realized how much potential the Old West has as a setting for fantasy themes. 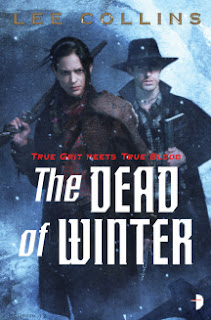 > What do you call this new sub-genre, western fantasy, weird west, or something different?

The term I've heard most often is Weird West. It encompasses all speculative fiction set in the Old West, including science fiction and steampunk stories along with fantasy. In terms of my books, I'll use both Weird West and historical fantasy interchangeably.

I didn't really decide I liked writing until well into high school. My brother made a comment about how good I was with words when I was trolling a message board he posted on, and the idea started to grow on me. While in college, I read Stephen King's Dark Tower series and decided that making up worlds sounded like a pretty neat thing to do with my time. I switched my major to English (which, in hindsight, was probably a mistake given the lack of day-job demand for such degrees) and started on my way.

Probably not. While I enjoy reading and writing about the Old West, I don't think I'm cut out for that kind of thing myself. I prefer to avoid the threats to one's person that come with a lifestyle of killing monsters, jailing drunken miners, or being among the British aristocracy.

> How long did it take you to turn your National Novel Writing Month submission of The Dead of Winter into a publishable novel?

A good six months, at least. I went through two or three drafts before I felt it was ready to submit to agents, and it turned out I still wasn't done. One agent provided some very helpful revision suggestions after he saw the manuscript. Although he ended up passing on it, a lot of his suggestions went into the draft (the fourth one if I'm counting correctly) that the Angry Robot editors saw. 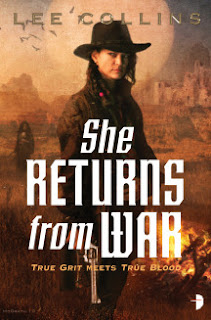 If possible, I try to sneak in some writing at my day job. As you might expect, any progress made that way is rather slow, so the majority of my writing happens in the evenings. Both of my books were largely written on the floor or couch of my living room while watching my girlfriend play video games.

The best thing is easily the absolute freedom it gives you with the story and characters. Nothing happens unless you want it to happen, anything can happen if you want it badly enough to make the world you're creating accommodate it, and everything ever written is on the shelf for you to mix and match until you get something you're satisfied with. The one thing I've found that truly limits this freedom is the worst thing about writing: deadlines. I didn't realize this until I was writing under contract for She Returns From War, but deadlines frighten me considerably. If I didn't already have a solid synopsis of the story, I don't know what my editors would have ended up with. I can work under pressure if I need to, but I'll hate every minute of it.

How very social it is. I was under the impression, probably from my undergraduate studies, that writers lived their lives in seclusion. Perhaps that was true in previous centuries, but today's writer is expected to be half creative master, half entrepreneur. Not only are active social media presences expected of today's authors, but there are more conventions and events than one can possibly attend in a year.

Build yourself a collective of other writers whose opinions you respect and trust. Avoid echo chambers and soul jackals if possible, finding instead a middle ground of people who will be both honest and encouraging. Not only will they improve the quality of your manuscripts, but they are invaluable as sounding boards for new ideas and new approaches.

Know where you want to go. I had a very clear synopsis of each book in my mind before I ever started writing, and as a result, I didn't find myself roadblocked that often. When I did hit a snag, I would go back to the synopsis and figure out how to bridge where I was with where I wanted to story to go. Usually, that involved sketching out the next few scenes before I went back to writing the actual prose. Even if it isn't the most graceful solution, write it just to keep yourself going. You can always revise. 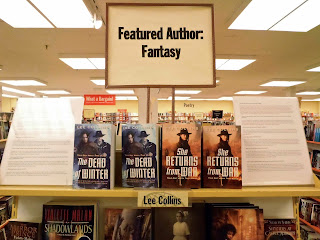 I'm not very disciplined by most standards, actually. I certainly don't write every day, mostly because I tend to be very skeptical of my own ideas. Until I've bounced a plot line or character around in my head for some time without it caving in under the pressure, I won't dignify it with any words on a page. Once I do have an idea I feel can hold itself up, however, I'll usually write it in a frenzy. The first drafts of both The Dead of Winter and She Returns From War only took me about two months to write.


> How many rejection letters did you get for your first novel or story?

The Dead of Winter received about a dozen rejections before it was picked up by Angry Robot Books. This doesn't sound like very many, and it's probably below average, but I didn't take the shotgun approach to querying agents, either. Most agents list the genres they represent somewhere on the Internet, and I didn't find too many that outright said "Weird West." Thus, I was more cautious in making my query list, as I didn't want to waste an agent's time if I figured they wasn't any way they would consider representing this lesser-known genre.
Email ThisBlogThis!Share to TwitterShare to FacebookShare to Pinterest
Posted by Jessica Strider at 11:28