Both novellas start in the city of Khaim, which is slowly being choked by bramble.  Though magic's use is illegal, many people consider that their needs are higher than the small amount of bramble their use of magic will create.

Because they’re both fairly short I’ve decided to review them the way I do short stories, with a star rating, quick summary and my thoughts. 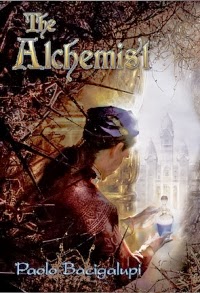 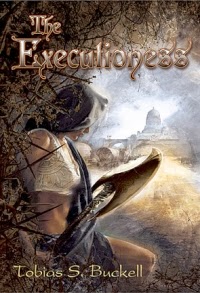 The Alchemist by Paolo Bacigalupi
****
In a world where magic use causes brambles to grow, an alchemist works to create a device that can destroy the bramble.

I really enjoyed this story, which went in directions I hadn't anticipated.

The Executioness by Tobias Buckell
***
When raiders attack her village, Tana, still wearing her father's executioner garb after taking his final job, heads after them for revenge.

While I liked the writing style, I didn't quite believe how quickly Tana's legend spread, especially considering those who started it saw what actually happened.  I did like that she had to make difficult decisions, and that she was forced to question her nations ways vs those of their invader.
Email ThisBlogThis!Share to TwitterShare to FacebookShare to Pinterest
Posted by Jessica Strider at 09:00