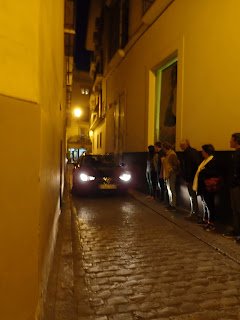 A few weeks back my husband and I went to Spain. I considered it a research trip as much as a vacation and so planned to visit a lot of churches, museums and other cultural monuments. Spain has such a varied, rich history so it was awesome being able to see more of it (I took a previous trip in 2008 during which I did the camino to Santiago de Compostela).

We visited four cities: Sevilla, Cordoba, Toledo and Madrid. I’d been to Toledo and Madrid before but the other places were new. I may do individual posts for some of the highlights, where I go into more depth on specific sights. For this week, I’ll be doing a post per city, starting with Sevilla.

Sevilla’s old city centre, where we stayed, is a warren of narrow, cobbled streets. Bring a device with GPS, not just a paper map, as each junction is a new opportunity to get lost. After successfully navigating most of the area one night, I spent 30 minutes walking around constantly missing the turn for my hotel. The streets are so narrow you have to squish up against the walls when a car comes by.


I noticed these… wheels? set into the walls in several locations of the old city. I have no idea what they are or what they were for. If someone else does, please tell me. 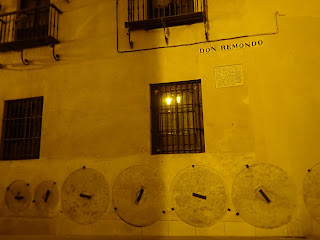 We were there only a few months after the completion of the renovation and cleaning of the Giralda bell tower (one of the few remaining pieces of the great mosque that was converted into the cathedral), so it looked amazing (and was no longer covered in scaffolding). 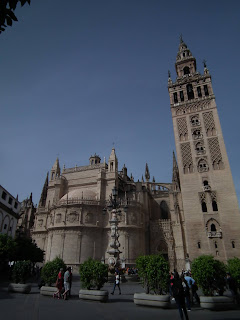 I started the trip by taking the rooftop tour of the cathedral. Spain is one of the few places where some cathedrals were built with stone roofs so you can actually walk on parts of them. The views are magnificent, not only of the city, but of the structural features of the building. Some of the architect markings for the original build are still visible! The interior is also gorgeous. 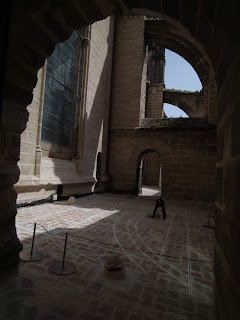 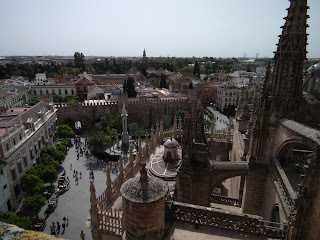 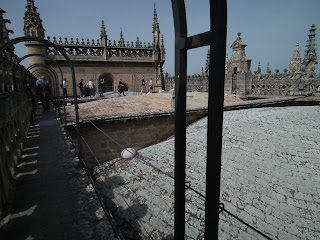 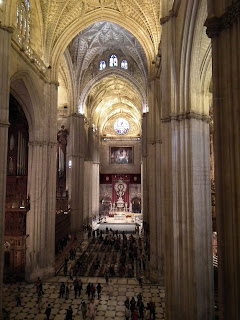 The real alcazar (palace) was magnificent. We got to bypass the line by getting tickets in advance. While not as grand as the Alhambra, it’s got some great courtyards and beautiful rooms. And the gardens are exquisite. 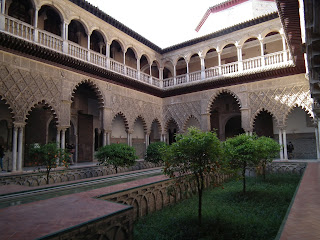 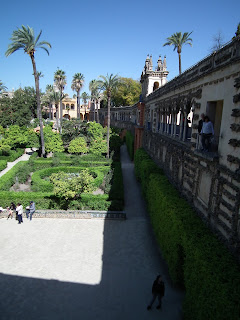 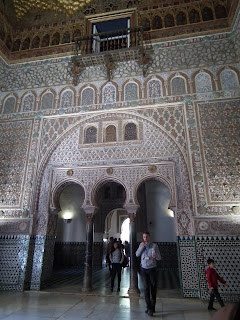 When walking along the river we passed the torre del oro, the 13th C Moorish ‘golden’ tower. In the past a chain connected it to a tower on the other side of the river, to control the passage of ships on the river for trade purposes. Outside the castle ruins just off the river, is the last passage condemned heretics walked. 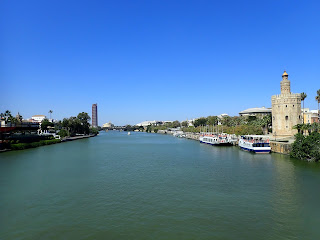 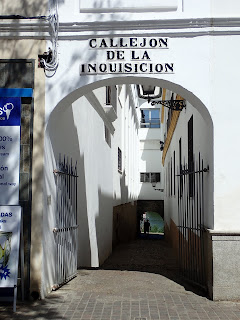 The old city has a surprising number of churches, many of which have mudejar (hispanic/moresque) architecture. Like this dome ceiling from one of the side chapels of St Marina. 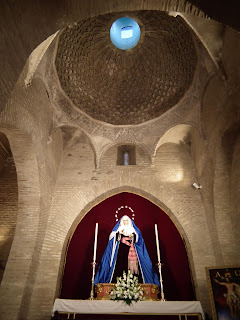 We had gelato by the cathedral for dessert one night. I love how the ice cream is topped with whatever the flavour is (especially chocolaty flavours, giving you some extra goodness). 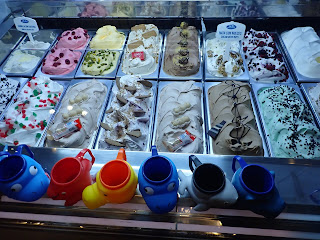 The next night we had tapas for dinner. I'd heard Sevilla was the place for tapas, but wasn't sure I was confident enough to order them (I'd also heard you have to be assertive to order them as the bars/restaurants get busy, and my Spanish is atrocious). But we found a nice place near our hotel and ordering was a breeze (they had an English menu and everything). The food was delicious. We got: garlic mushrooms, fried breaded eggplant with cane sugar (LOVED them!), cheese croquettes, an egg on potatoes with grilled peppers, and (not pictured) chicken skewers. Each plate was only 3 Euro, so the meal for the 2 of us was quite cheap. 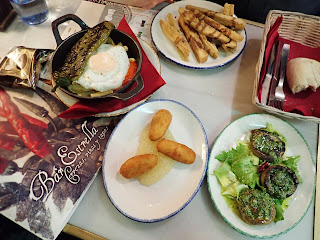 Email ThisBlogThis!Share to TwitterShare to FacebookShare to Pinterest
Posted by Jessica Strider at 17:12