I fell in love with Toledo when I was there in 2008. It’s a city on the hill, bordered on three sides by a river, and the fourth by a major highway. I wandered around for hours, happily getting lost. It was the end of my 3 week trip and I just couldn’t bring myself to see any of the major sights. So I knew I had to return. 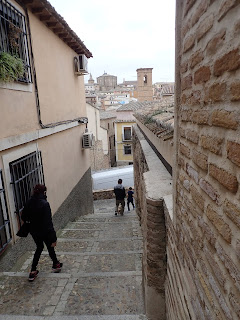 Toledo is a wonderful city, with its narrow streets and alleys, stairwells, old buildings, churches and museums every 2 feet. There are a number of gates still standing from when it was a Muslim city, as well as some rare remnants from its days as the Visigothic capital. It’s the perfect place to buy a sword or expensive knife, and monastic houses still make and sell sweets, including marzipan (almond paste). Marzipan can be made into sculptures that once graced medieval dessert tables, but now advertise for shops. 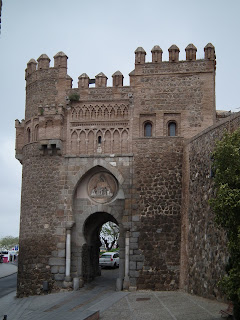 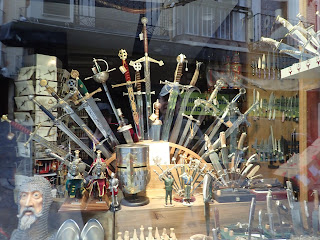 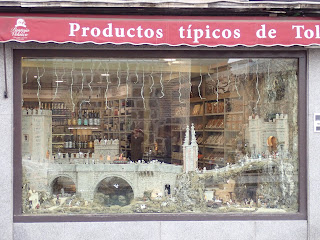 A common way to enter the city is over the Alcantara bridge and gate, which funnels you through a switchback that was the first line of defence against attackers. 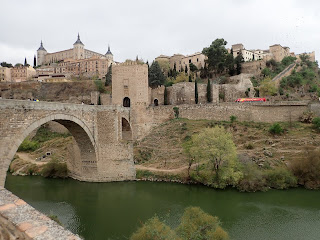 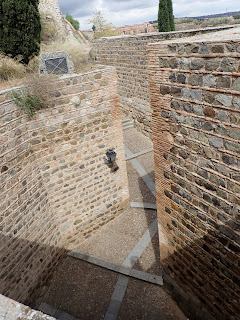 The Jewish quarter has the remaining 2 synagogues in Spain, one of which is now part of the Sephardic museum (pictured below), the other was transformed into a Christian church and is now a museum. 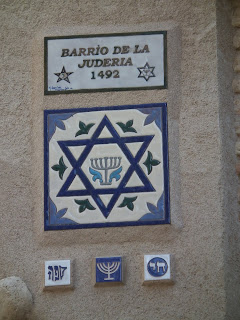 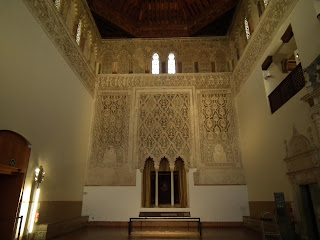 There’s also a Mosque that was converted into a church. The apse (rounded end) was added later, but the gorgeous ceiling and pillars are original. 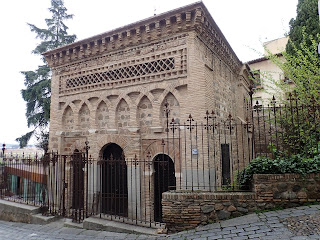 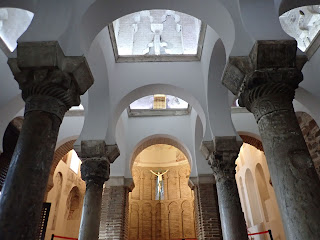 The Visigothic museum, housed in the painted San Roman church was worth a couple of hours. 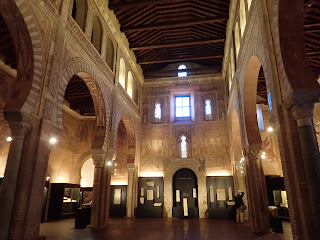 And the night views, both within and outside the city are incredible. The churches and castle are lit up and it looks awesome. 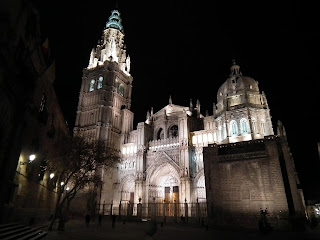