Our second stop was Cordoba. There was enough I wanted to see there that I didn’t want to do it as a day trip from Sevilla. Which turned out to be a good thing, as during the day Cordoba is PACKED with tourists. But at night and in the morning, the old Jewish quarter is blissfully empty. 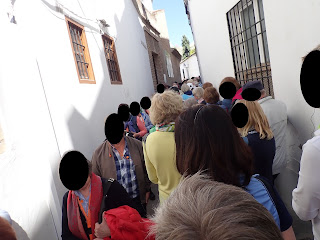 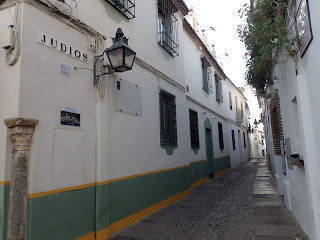 The synagogue - recently reopened after renovations - was gorgeous. It's one of 3 medieval synagogues remaining in Spain. It's remarkable that any of them survived, considering the forced conversion and then expulsion of Jews in 1492. It was packed when I was there during the day, so I stopped by in the evening and again the next morning to get more photos. Here’s the east wall (where the holy items would have been stored). 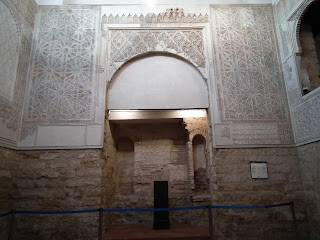 I went to the Mesquita - the Visigothic church location upon which a Mosque was built, which was then turned into a Cathedral, twice. Once in the morning during the free hour before the service starts, and later in the day during the paid tourist time. Tour groups aren’t allowed in during the free opening time so I thought it would be quieter, but there were still a lot of tourists. I also climbed the bell tower (you need a timed ticket for this, as they only allow groups of 20 to go up every half hour) so I could get photos of the building from above. 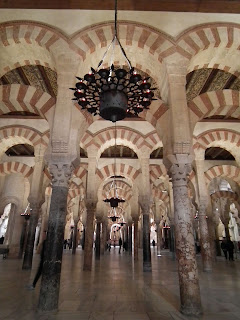 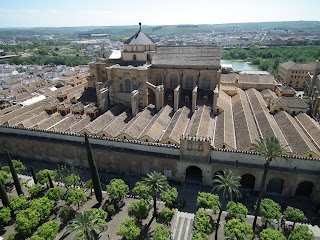 Cordoba’s Jewish quarter is known for its whitewashed walls and flower pots, especially calle de las flores (street of flowers). We were there too early for the patio festival, but we got to see the Posada del Potro, an old inn that’s been converted into a flamenco museum. There were a lot of beautiful open patios attached to restaurants, often with live entertainment in the evening. The quarter is sectioned off by a wall, parts of which still stand. 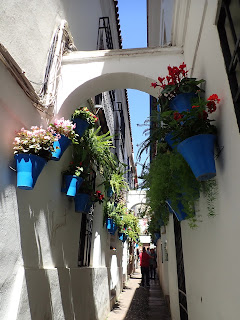 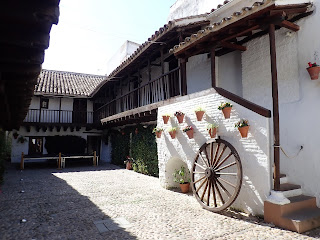 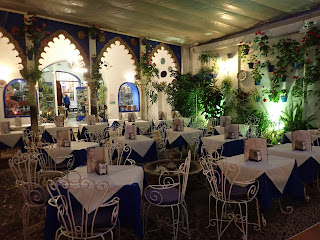 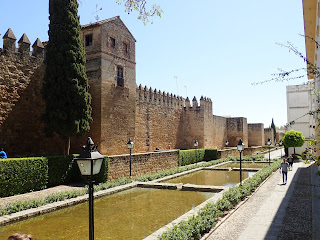 At night we saw the Roman bridge and cathedral lit up. The next morning we had the traditional Spanish breakfast: churros con chocolat. The hot chocolate is quite thick, half way to being pudding, and really sticks to the churros. Soooo gooooooood..... 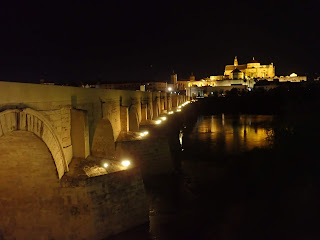 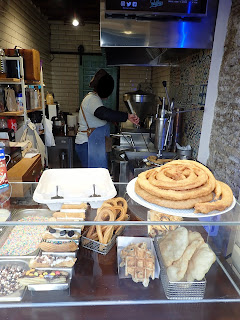 Email ThisBlogThis!Share to TwitterShare to FacebookShare to Pinterest
Posted by Jessica Strider at 16:08