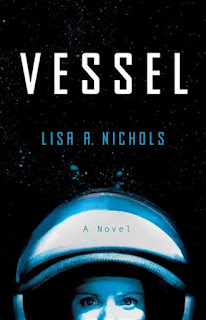 Cons: not sure I believe the ending

Acting Commander Catherine Wells is the sole survivor of the presumed lost Sagittarius mission to TRAPPIST-1f, a planetary system on the other side of a warp hole. Her sudden return to Earth means NASA can better prepare the soon to depart Sagittarius II crew. Or it would, if she could remember what happened on the alien planet.

This is a quick read. The characters are all interesting, with the majority of the story focusing on Catherine returning to a husband and daughter who believed she was dead the past 6 years. There’s a lot for the book to unpack and the author does an excellent job of showing Catherine’s trauma regarding memory loss, extreme isolation for an extended period of time, survivor’s guilt for being the only member of her crew to survive, as well as the guilt over having been away from her family for so long.

The current memory lapses she has makes for a compelling storyline and I found myself rushing ahead to find out what was going on. I loved the periodic flashbacks to what happened on the Sagittarius I mission.

Once I found out what was happening some of that compulsion to finish the book dissipated. The closer the book got to the ending the less I believed how the higher ups at NASA were acting. The final acts of the protagonists seemed highly implausible and I had trouble believing NASA would go along with it considering the cost and time involved in implementing their plan.

On the whole it was an entertaining read, with some interesting twists though a somewhat unsatisfying ending.
Email ThisBlogThis!Share to TwitterShare to FacebookShare to Pinterest
Posted by Jessica Strider at 10:08