Book three of W. Michael Gear's Donovan series is now out and the series sounds fascinating. 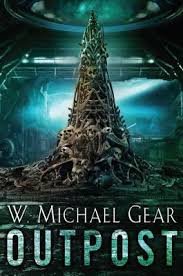 Donovan is a world of remarkable wealth, a habitable paradise of a planet. It sounds like a dream come true. But Donovan's wealth comes at a price.

When the ship Turalon arrives in orbit, Supervisor Kalico Aguila discovers a failing colony, its government overthrown and the few remaining colonists now gone wild. Donovan offers the chance of a lifetime, one that could leave her the most powerful woman in the solar system. Or dead.

Planetside, Talina Perez is one of three rulers of the Port Authority colony—the only law left in the one remaining town on Donovan. With the Corporate ship demanding answers about the things she's done in the name of survival, Perez could lose everything, including her life.

For Dan Wirth, Donovan is a last chance. A psychopath with a death sentence looming over his head, he can't wait to set foot on Port Authority. He will make one desperate play to grab a piece of the action—no matter who he has to corrupt, murder, or destroy.
Captain Max Taggart has been The Corporation's "go-to" guy when it comes to brutal enforcement. As the situation in Port Authority deteriorates, he'll be faced with tough choices to control the wild Donovanians. Only Talina Perez stands in his way.

Just as matters spiral out of control, a ghost ship, the Freelander, appears in orbit. Missing for two years, she arrives with a crew dead of old age, and reeks of a bizarre death-cult ritual that deters any ship from attempting a return journey. And in the meantime, a brutal killer is stalking all of them, for Donovan plays its own complex and deadly game. The secrets of which are hidden in Talina Perez's very blood. 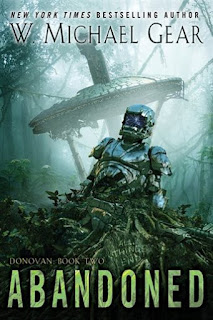 Supervisor Kalico Aguila has bet everything on a fragile settlement far south of Port Authority. There, she has carved a farm and mine out of wilderness. But Donovan is closing in. When conditions couldn't get worse, a murderous peril descends out of Donovan's sky--one that will leave Kalico bleeding and shattered.

Talina Perez gambles her life and reputation in a bid to atone for ruthlessly murdering a woman's husband years ago. Ironically, saving Dya Simonov may save them all.
Lieutenant Deb Spiro is losing it, and by killing a little girl's pet alien, she may have precipitated disaster for all. In the end, the only hope will lie with a "lost" colony, and the alien-infested reflexes possessed by Security Officer Talina Perez.

On Donovan, only human beings are more terrifying than the wildlife. 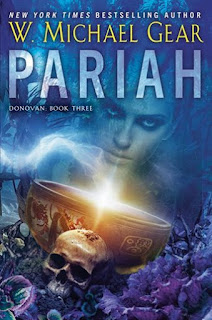 Corporate assassin Tamarland Benteen's last hope is the survey ship Vixen. With a load of scientists aboard under the supervision of Dr. Dortmund Weisbacher, Vixen is tasked with the first comprehensive survey of the newly discovered planet called Donovan. Given that back in Solar System, Boardmember Radcek would have Benteen's brain dissected, he's particularly motivated to make his escape.

The transition that should have taken Vixen years is instantaneous. Worse, a space ship is already orbiting Donovan, and, impossibly, human settlements have been established on the planet. For Dortmund Weisbacher, this is a violation of the most basic conservation tenets. Donovan is an ecological disaster.

Down on Donovan, Talina Perez takes refuge in the ruins of Mundo Base with the wild child, Kylee Simonov. But the quetzals are playing their own deadly game: one that forces Talina and Kylee to flee farther into the wilderness. Too bad they're stuck with Dortmund Weisbacher in the process.

Back in Port Authority, Dan Wirth discovers that he's not the meanest or deadliest man on the planet. Tamarland Benteen is making his play for control of PA. And in the final struggle, if Benteen can't have it, he'll destroy it all.