Books Received in October and November, 2018

Turns out when I took my unscheduled break last month I forgot to do my books received post. Sorry about that.

The Monster Baru Cormorant by Seth Dickinson - This is the second book in The Masquerade series, and I've already reviewed it here. The series is quite intense and brilliantly written. 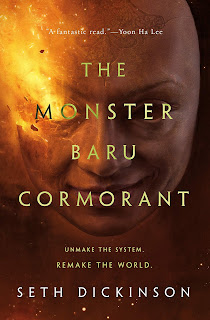 Her world was shattered by the Empire of Masks.
For the power to shatter the Masquerade,
She betrayed everyone she loved.

The traitor Baru Cormorant is now the cryptarch Agonist - a secret lord of the empire she's vowed to destroy.

Hunted by a mutinous admiral, haunted by the wound which has split her mind in two, Baru leads her dearest foes on an expedition for the secret of immortality. It's her chance to trigger a war that will consume the Masquerade.

But Baru's heart is broken, and she fears she can no longer tell justice from revenge...or her own desires from the will of the man who remade her.


FTL Y'all: Tales From the Age of the $200 Warp Drive Edited by Amanda Lafrenais - My review of this graphic novel collection will come out mid December. I loved the diversity of the creators and characters, though found the artwork a mixed bag (artwork is very subjective). This was a kickstarted collection. 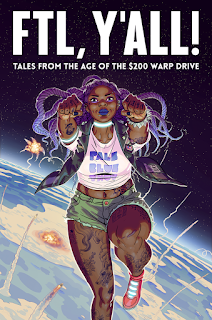 Six months from now, detailed schematics anonymously uploaded to the Internet will describe, with absolute precision, how to build a faster-than-light engine for $200 in easily-available parts. Space travel will be instantly—and chaotically—democratized. The entire cosmos is suddenly within reach of all humankind, without organization, authority, or limitation.

This comics anthology is about what happens next.
The concept for FTL, Y’all! was inspired by a 12-year-old RPG.net thread, which was in turn inspired by the work of Jerry Oltion.

With 25 stories and over 350 pages of comics, FTL, Y'all! is one of Iron Circus Comics' biggest anthologies ever.


The Consuming Fire by John Scalzi - This is the sequel to The Collapsing Fire, which came out last year. 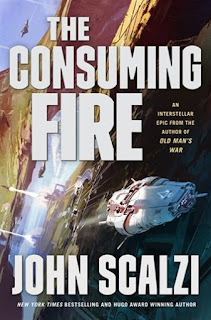 The Interdependency-humanity's interstellar empire-is on the verge of collapse. The extra-dimensional conduit that makes travel between the stars possible is disappearing, leaving entire systems and human civilizations stranded.

Emperox Grayland II of the Interdependency is ready to take desperate measures to help ensure the survival of billions. But arrayed before her are those who believe the collapse of the Flow is a myth-or at the very least an opportunity to an ascension to power.

While Grayland prepares for disaster, others are prepare for a civil war. A war that will take place in the halls of power, the markets of business and the altars of worship as much as it will between spaceships and battlefields.

The Emperox and her allies are smart and resourceful, as are her enemies. Nothing about this will be easy... and all of humanity will be caught in its consuming fire.