EPIC Press is the new YA branch of Abdo Publishing.  They publish books that are "filled with content teen readers will love to read. Think big, edgy, emotional, and mature. These indulgent books are designed to captivate modern teens, speaking directly to their aspirant culture. 100% guaranteed to be EPIC."

Their opening line-up includes several 6 book series, where each book is already written and being published the same day, both in physical and digital formats.

Here are a few of their titles: 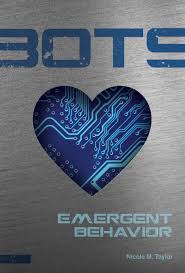 Edmond West, a brilliant MIT drop-out, is convinced that humans will never move beyond their cruelty. West ventures to create a humanoid robot, one to be exploited so that people no longer have to be. Edmond succeeds in making a more sophisticated robot, leading to something unexpected. Now, a growing population of this new species of "Bots" is threatening the concept of what it is to be human. Has Edmond saved the world or created a new class of victims?

A robotics genius, Edmond West has developed a plan to create the world's first Artificial Intelligence truly indistinguishable from a human being. His Bots will eradicate global slavery and allow humanity to channel its darkest impulses safely, harming only these soulless machines. His greatest success, however, may also be his undoing. He's finally created the perfect humanoid robot; perfectly intuitive, perfectly emotive… and perfectly unpredictable. 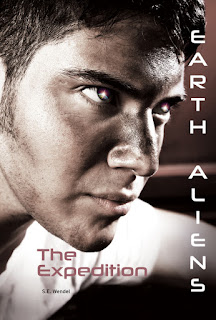 The end of days on Earth has come. If humanity is to survive, they must do so amongst the stars. In a last-ditch effort, a pioneer group of colonists are shot into space, making a seven-year journey to a new planet, and hopefully, a new home. Although the journey will prepare them to build their new colony, nothing can prepare them for the trials of sharing a planet with another intelligent species. Who will be the masters of Terra Nova -- the natives or the Earth aliens?

The Earth is dead and humanity's last hope is amongst the stars. For 50,000 lucky souls, a distant, alien planet will be their home after they endure a grueling seven year journey. Assigned as apprentices to older specialists, Hugh O'Callahan and Elena Ames must learn quickly to survive their dog-eat-dog lives. Meanwhile, Zeneba, a young Charneki girl, is chosen to take the throne as mara. She must learn quickly, for it is foretold a cataclysmic event will mark her reign. Can she find the strength to lead her people against invaders from the sky? 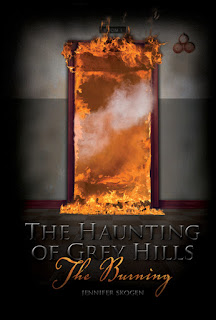 The Haunting of Grey Hills by Jennifer Skogen

Everyone in Grey Hills knows about the fire that burned the old high school to the ground fifty years ago. It was just a tragic accident…right? High school junior Macy Pierce and her new friends learn that old mysteries can literally come back to haunt you. A door to the dead has opened, and evil is casting its long shadow once again in Grey Hills.

Everyone in Grey Hills knows about the fire that burned down the old high school fifty years ago. Macy Pierce grew up hearing horror stories about the students who burned alive inside it. When Macy starts seeing things--including a teacher bursting into flames--she begins to question her own sanity. Now, she and a group of new friends may be all that stands between the new high school and a doorway to hell.