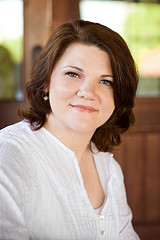 Red-Headed Stepchild
The Mage In Black
Green-Eyed Demon
Short Story: "Vampsploitation", published in the Mammoth Book of Vampire Romance vol. 2
Website: jayewells.com
> What is the premise behind your Sabina Kane series?
Sabina Kane is a half-mage, half-vampire assassin. Both her mixed blood and her profession make her an outcast in the vampire society in which she was raised. So when her mage family seeks her out on the eve of a war between the races, Sabina must figure out whose side she's on: the vamps, the mages--or her own. As she struggles to find her place in this world, she picks up a rag-tag team of allies that include a mysterious and handsome mage and Mischief demon minion who sometimes takes the form of a smack-talking hairless cat. I like to describe the series as having dark themes, grave stakes and wicked humor.
> What's the appeal of assassins?
For me, it's exploring the razor's edge of morality. Vampires have a different set of ethics about killing, but even among a race of killers Sabina's an outcast. I love exploring grey areas and understand how sociopathic characters often see their choices as justified and even noble. Also, making Sabina an assassin at the beginning of the series gave me a lot of room for character growth as the stories progress.

> How do you keep the vampire mythos fresh in your novels?
When I started creating Sabina’s world, I knew I wanted to take some of the long-held vampire myths and twist them. I did a lot of research into biblical history and Jewish folklore for this book and one thing I kept coming back to was the classic forbidden fruit story in Genesis. When Eve and Adam ate the fruit from this tree several things happened, including their loss of immortality. Since Lilith left the garden before this event, I made the logical leap that Lilith and her offspring would be immortal because they didn’t eat this fruit, which I decided was an apple.
Since vampires are the only direct descendants of Lilith in this world they too are immortal. This way the forbidden fruit becomes important in the rules of the world. Instead of any old stake being able to kill a vampire, it must be an apple wood stake. Apple cider bullets work well too. The apple strips them of immortality so they can be killed.
I also incorporated Cain to the mythos by saying that after he was marked by God and forced to wander, he met Lilith and they had an affair. I incorporated the lore that the Mark of Cain was red hair into the vampire mythos by stating all vampires have red hair. This twist is supported by a lot of Eastern European lore that claimed red hair was a sign of vampirism.
Basically, I kept it fresh by twisting existing myths and lore and adding my own imaginative elements.
> Did your work as a magazine editor/freelance writer facilitate the transition to novelist?
Not as much as you might imagine. Good articles tell some sort of story and you definitely need to have a knack for putting sentences together. But books are very different beasts. I had to learn story structure and other fiction-specific tools just like everyone else. In fact, I'd say my life-long love of reading probably prepared me more for writing fiction than any other factor.

> What made you want to be a writer?
That's both a really easy and very difficult question to answer. The easy answer is: I love words, stories and entertaining people. Plus keeping the drama on the page tends to reduce it in my real life.
> Since you like vampires, would you change places with any of your characters and live in your urban fantasy world?
It will probably surprise some people to learn that I'd hate to be a vampire. All that blood drinking and violence and angst. Not for me, thanks. I'd probably enjoy being Sabina's demon sidekick Giguhl for a day or two. He gets to have all the fun.
> What’s the best/worst thing about writing?
The best thing about writing is when I'm in the zone and the words are flowing and I am a conduit for story. The worst days are when I am more like a frustrated miner hacking away at the walls looking for 14k words and only finding fool's gold.
> What is something you didn’t know about the publishing industry before you had your first book published?
I didn't realize how little control I'd have over almost every step of the publishing process. The only thing we control is the words. So many things can go wrong and we can't do a darned thing about it. Since a lot of writers are control freaks with God complexes, this can be a pretty soul-crushing reality to accept. Best to just put your head down and keeping writing.
> Do you have any advice for hopeful authors?
Be stubbornly obstinate about your dreams. Be consistent and deliberate in your practice of the craft. Read outside your genre. Don't let the bastards get you down.

> Any tips against writers block?
Writers block, in my experience, is literally the writer getting in their own way. Trying to circumvent your natural process or taking a wrong turn in a story or letting the critic in your head get the best of you. Sometimes it's good to take a step back and get a fresh perspective. Or talk it out with a trusted friend. Also, stay busy. An idle mind is fertile ground for doubt.
> How do you discipline yourself to write?
First, deadlines are pretty great motivators (even self-imposed ones for unpubbed writers). Second, I've learned that if I don't write consistently, I tend to get off kilter. I'm happiest when I'm productive. Third, I try to find something to be fascinated by in each scene I write. If I'm excited about my work, I'm more likely to show up each day.
Email ThisBlogThis!Share to TwitterShare to FacebookShare to Pinterest
Posted by Jessica Strider at 07:00