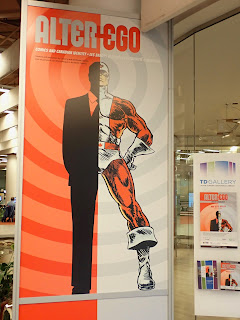 A few weeks back when I was in Toronto for the Kameron Hurley signing, I went to the Toronto Reference Library to do some research. The library currently has an exhibit on called Alter Ego: Comics and Canadian Identity, ending July 29. It's a fairly small exhibit and only took me a half hour or so to go through, but it's got some cool display pieces, like the bone and adamantium claw props used for the X-Men's Wolverine in the standalone Wolverine movies.

Some of the comics/characters on display I'd heard of (Scott Pilgrim, Captain Canuck), others I hadn't. 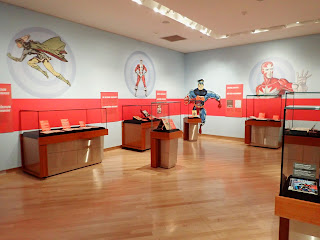 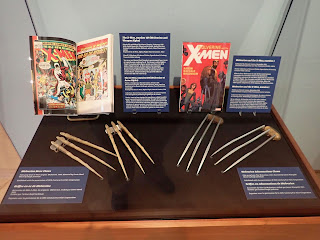 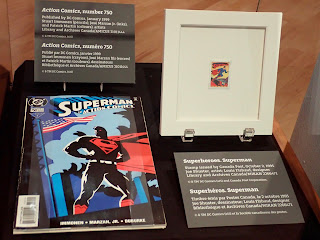 And while you're there, I recently discovered that there's an Arthur Conan Doyle room on the 5th floor. 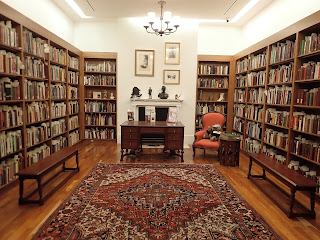 Email ThisBlogThis!Share to TwitterShare to FacebookShare to Pinterest
Posted by Jessica Strider at 10:10