Here are some of the books they've published: 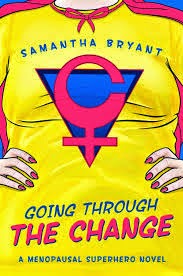 Going Through the Change by Samantha Bryant

Going through “the change” isn’t easy on any woman. Mood swings, hot flashes, hormonal imbalances, and itchy skin are par for the course. But for these four seemingly unrelated women, menopause brought changes none of them had ever anticipated—super-heroic changes.

Helen discovers a spark within that reignites her fire. Jessica finds that her mood is lighter, and so is her body. Patricia always had a tough hide, but now even bullets bounce off her. Linda doesn’t have trouble opening the pickle jar anymore…now that she’s a man.

When events throw the women together, they find out that they have more in common than they knew—one person has touched all their lives. The hunt for answers is on. 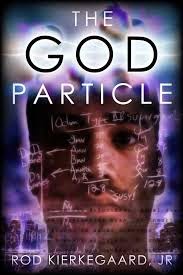 On the day Ricardo Alomar’s four best friends are discovered dead at the launch of their high-tech start-up company, his world is shattered.

The police can find no cause for their mysterious deaths, but as their bodies start disappearing from the morgue, Ricardo is drawn into the investigation of his friends’ strange behavior and their even stranger invention, a kind of time-displacement generator utilizing the Higgs boson — the so-called “God Particle”.

At the same time, Ricardo’s old world is vanishing, too. His father, Diego, a famous writer of post-modernist Spanish novels, has slipped into mute senility and is dying; Ricardo is in danger of losing his job, and he finds himself falling in love with his recently murdered friend’s new widow.

In tandem with a foul-mouthed, sexually harassing female cop, he discovers the secret of the God Particle machine and the startling truth behind his friends’ disappearances.
But the answer is utterly unlike anything he’d ever expected. 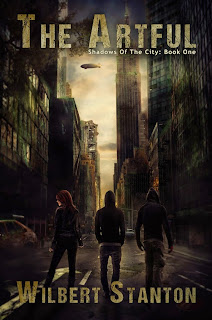 The Artful by Wilbert Stanton

New York City, 2025: Everything is changed. The city that never sleeps is now a land of death and decay. A rampant virus has taken over and the survivors have become carriers, quarantined from the rest of the world.

Twist and Dodger grew up in the streets, the sewers and underground tunnels - their playground. They aren’t heroes. They just like attention; and stealing meds from the rich and giving them to the poor is their golden ticket.

On their latest raid, they unknowingly steal a cure that puts them square between the ailing Emperor of Manhattan and the war hungry Governor of Brooklyn and forces them on a quest into the darkest shadows of their putrefying world. 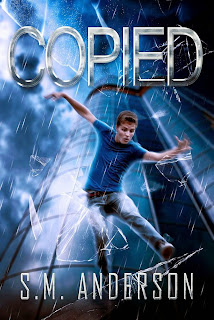 Adopted off the black market, Alexander Mitchell has no idea his DNA is copyrighted and property of military weapons giant Texacom Defense. Nor that his DNA is being used to develop an army of clones. When the company discovers he was not properly disposed of 17 years ago, they send an assassin copy, BETA23, to terminate Xan and cover it up.

After narrowly escaping with his life, Xan teams up with Lacey, a genetically engineered genius, to capture BETA23. Lacey, who can’t resist the prospects of a science project this huge, is determined to see the good in their prisoner - his intelligence may help keep the company off Xan’s back… forever.

But Xan’s not sure if he can trust the darker version of himself, not when it means gambling with the lives of his family - and the possibility of losing Lacey.

Email ThisBlogThis!Share to TwitterShare to FacebookShare to Pinterest
Posted by Jessica Strider at 11:22