If only I could read everything ever published.  There are so many, many great books.  And here's one that deals with psychopaths, which is such a fascinating topic.  And then you bring up the idea of curing them... 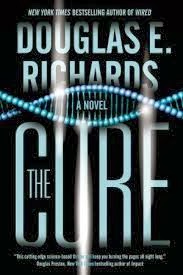 Psychopaths cause untold misery. If you found the cure for this condition, just how far would you go to use it?

Erin Palmer had a devastating encounter with a psychopath as a child. Now a grad student and scientist, she's devoting her life to studying these monsters. When her research catches the attention of Hugh Raborn, a brilliant neuroscientist who claims to have isolated the genes responsible for psychopathic behavior, Erin realizes it may be possible to reverse the condition, restoring souls to psychopaths. But to do so, she'll not only have to operate outside the law, but violate her most cherished ethical principles.

As Erin becomes further involved with Raborn, she begins to suspect that he harbors dark secrets. Is he working for the good of society? Or is he intent on bringing humanity to its knees?

Hunted by powerful, shadowy forces, Erin teams up with another mysterious man, Kyle Hansen, to uncover the truth. The pair find themselves pawns in a global conspiracy-one capable of destroying everything Erin holds dear and forever altering the course of human history . . .

American society in the early twenty-first century seems to be experiencing a growing epidemic of psychopathic monsters. Douglas E Richards's The Cure explores this condition, and the surprisingly thorny ethical and moral dilemmas surrounding it, within an explosive, thought-provoking, roller-coaster-ride of a thriller that will have readers turning pages deep into the night.