Enter, Night author Michael Rowe's new book, Wild Fell, is coming out and he's doing some events for it.

Here's a synopsis for the book:

The crumbling summerhouse called Wild Fell, soaring above the desolate shores of Blackmore Island, has weathered the violence of the seasons for more than a century. Built for his family by a 19th-century politician of impeccable rectitude, the house has kept its terrible secrets and its darkness sealed within its walls. For a hundred years, the townspeople of Alvina have prayed that the darkness inside Wild Fell would stay there, locked away from the light.

Jameson Browning, a man well acquainted with suffering, has purchased Wild Fell with the intention of beginning a new life, of letting in the light. But what waits for him at the house is devoted to its darkness and guards it jealously. It has been waiting for Jameson his whole life . . . or even longer. and now, at long last, it has found him. 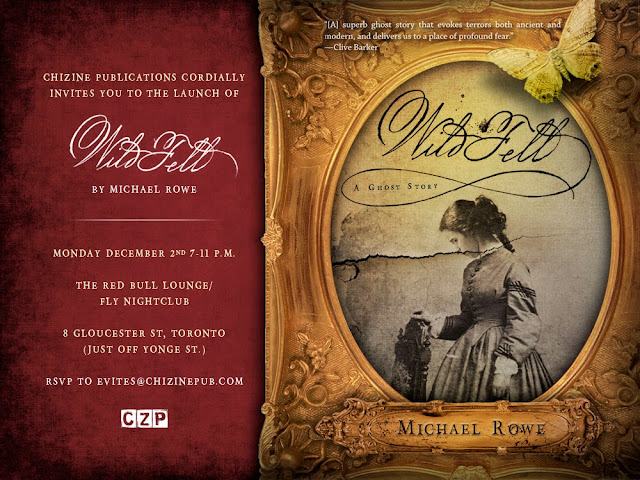 Email ThisBlogThis!Share to TwitterShare to FacebookShare to Pinterest
Posted by Jessica Strider at 12:18