These are all sequels to previous books I haven't read yet, so I won't be reviewing these anytime soon.  Too many books...  In the interests of not spoiling the previous books, I'm giving synopses for book 1 in each series here. 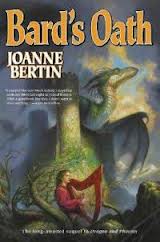 When the Queen of Cassori dies mysteriously, Linden and the other Dragonlords are called upon to prevent civil war as two human claimants vie for the regency.

As the battle for Cassori rule escalates, Linden becomes the target of the Fellowship, a secret society of true-humans who could actually destroy his immortal life.

Then he meets a beautiful young ship captain named Maurynna who may be the only one who can help Linden bring Cassori back from the brink of chaos. 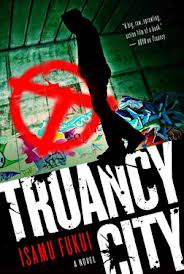 In an alternate world, in a nameless totalitarian city, the autocratic Mayor rules the school system with an iron fist. Fighting against the Mayor and his repressive Educators is a group of former students called the Truancy, whose goal is to take down the system by any means possible-at any cost.

Fifteen-year-old Tack is just trying to survive. His days are filled with sadistic teachers, unrelenting schoolwork, and indifferent parents. Things start to look up when he meets Umasi, a mysterious boy who becomes Tack's mentor.

Then someone close to Tack gets killed in the crossfire between the Educators and the Truants, and he swears vengeance. To achieve his purpose, he abandons his old life and joins the Truancy, looking for an opportunity to confront Zyid, its enigmatic leader. But Tack soon finds himself torn between his desire for revenge and his growing sympathy for the Truants… 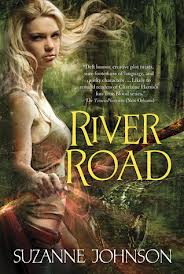 River Road - Suzanne Johnson
Royal Road:
As the junior wizard sentinel for New Orleans, Drusilla Jaco's job involves a lot more potion-mixing and pixie-retrieval than sniffing out supernatural bad guys like rogue vampires and lethal were-creatures. DJ''s boss and mentor, Gerald St. Simon, is the wizard tasked with protecting the city from anyone or anything that might slip over from the preternatural beyond.

While winds howled and Lake Pontchartrain surged, the borders between the modern city and the Otherworld crumbled. Now, the undead and the restless are roaming the Big Easy, and a serial killer with ties to voodoo is murdering the soldiers sent to help the city recover.

To make it worse, Gerry has gone missing, the wizards' Elders have assigned a grenade-toting assassin as DJ's new partner, and undead pirate Jean Lafitte wants to make her walk his plank. The search for Gerry and for the serial killer turns personal when DJ learns the hard way that loyalty requires sacrifice, allies come from the unlikeliest places, and duty mixed with love creates one bitter gumbo.
Email ThisBlogThis!Share to TwitterShare to FacebookShare to Pinterest
Posted by Jessica Strider at 13:10