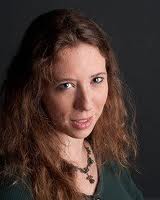 
> What is A Brush of Darkness about?

It’s the story of Abby Sinclair, who is pretty much a normal girl, essentially tossed into this mystical world that overlaps our own. Everything she does has political repercussions, but directions are hard to come by and she finds herself struggling to figure out how to manage. When her Faery boss goes missing, Abby is forced to try to find her, joined by a perverted unicorn and a sexy incubus, who may or may not be setting her up. 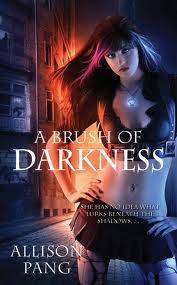 > How did you go from marine biology to writing urban fantasy?

That’s actually a pretty long story. I ended up in a few science based internships after graduation that were sponsored by grants. After getting laid off a few times because a grant wasn’t renewed, I got tired of living that way, so I ended up in the tech industry (which is my “real” job, atm.) I had taken a few English classes in college, but was fairly discouraged in them. (Mostly because I didn’t fit in. I wasn’t a literary writer and I felt really looked down on.) So I didn’t write anything for about 12 years after college. It wasn’t until I started a gaming forum for women and got involved in playing Play By Post D&D games that I decided I really like writing and I started looking into what I needed to do to get published.

> You do a webcomic called Fox& Willow with Irma 'Aimo' Ahmed. How did that get started? 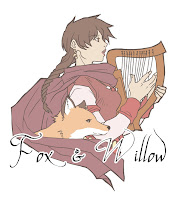 I had actually hired Aimo to do some character design and sketch cards for a different project. I was a huge fan of her Bioware fan art, and through our discussions we found out we had a lot in common. I’d always wanted to try my hand at writing for comics, so I asked her if she’d be interested in doing some sort of collaboration. Turns out, she wanted to do some more original work as well, and thus we formed Sad Sausage Dogs. So far it’s been a great partnership.

As far as the comic itself goes, we both developed the overall story arc, though I’m doing the actual writing. I let her decide on the pages – how many panels, etc. I’m really happy with how it’s turning out. Our only real obstacle is that she lives in Malaysia, so we’ve had to get creative in our communication efforts!

> Abby Sinclair has a miniature unicorn in your novel. Is that a pet you'd like too?

Probably not. It would definitely be cool to interact with the OtherFolk in some way, but I don’t think I’d want to have to face any of the issues most of them have!

> When you're not writing, what kinds of books do you like to read? 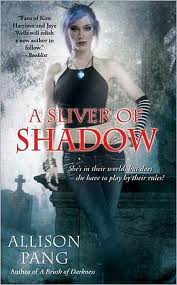 Most of the scenes involving Abby’s mother. My own mother died in 2002 and I was in denial for a very long time about it. A lot of Abby’s mom issues are mine – they were basically just leaking out of me at that point and writing it was the only way I could deal with it. (Though my mother died of cancer.)

Mostly at night, after work and the kids are in bed. I usually write at a desk in my office, but honestly, I
have a netbook I bring with me everywhere – any time I can slip in some writing (the doctor’s office, for example) I try to do so.

Well writing in general is just fun for me – it’s a lot of hard work, but there’s something very satisfying
about it. Knowing that I’m able to entertain people as a result of that work is just the most fabulous
thing imaginable. The only bad thing is balancing a day job and my family. The kids have to come first, so...
> What is something you didn’t know about the publishing industry before you had your first book published?

How slow it is? Traditional publishing moves at its own pace.

Just keep writing. Workshops and how-to books are fabulous, but they don’t mean anything unless you’re actually writing. That’s the only real way to learn. Also, take advantage of all the great resources
out there – how to write query letters, what agents are looking for, what publishers to avoid, etc. Do
your due diligence up front to avoid disappointment later. 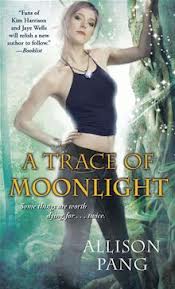 It depends on the writer. I’m a panster so sometimes I’ll hit a wall where I’m not sure where I want to go in the plot. I tend to take a lot of hot showers at that point – I tend to think better under the hot water
for some reason. I’ll also sketch out notes on a sheet of paper – that tends to loosen things up. If I’m
really stuck, I’ll do something else for a few days – write something fun, game, read. But you can’t let
that go on too long or you fall out of the writing habit. So, I have to do that sparingly.

I don’t know if I discipline myself, but it’s more a question of balancing my time. I do try to write every day, but some days it doesn’t happen. I don’t beat myself up over that, but I think in the end, it’s my responsibility to do the writing. I don’t HAVE to, but if I don’t? Nothing’s going to happen.

Less than 10. I was really lucky.
Email ThisBlogThis!Share to TwitterShare to FacebookShare to Pinterest
Posted by Jessica Strider at 09:30

Labels: A Brush of Darkness, A Sliver of Shadow, A Trace of Moonlight, Allison Pang, Author Interview, Fox an Willow, Urban Fantasy, webcomic