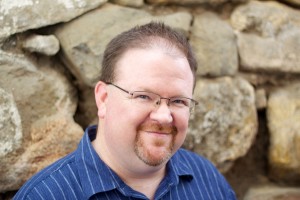 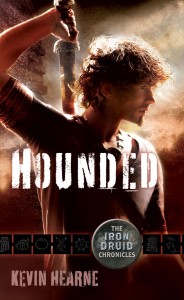 > What can readers expect from the Iron Druid Chronicles?

Atticus O'Sullivan is a likable, funny hero whose old Irish gods won't leave him alone. The last of the Druids, he's hiding out in modern-day Tempe in hopes that the Tuatha De Danann won't find him. As the series progresses, he draws the attention of more pantheons who thought the last Druid had died centuries ago, and they all have different agendas.

>What interested you about druids and why set the series in modern times?

Part of the attraction was my own Irish heritage, and part of it was a genuine curiosity about what one of the old Druids would think about our modern, petroleum-based society. And once I got into the research, I found the Irish myths to be fascinating in themselves and thought they deserved a wider audience.

>  You're a consummate reader of comic books.  Have any of them affected your writing style or content?  If so, how?

I can't point at any single comic and say, "THAT one affected me!" but I can point to comics as a whole and tell you that they help me think episodically, which translates into chapters, and they help me envision the way a fight scene would look. It also tends to make me leave out descriptions, since in comics you can see the characters and settings for yourself. My editors always have to ask me to go back and describe this or that; my dialogue and action sequences are great, but I often forget to include what characters look like.

> Now that you've got books published, will you go back to writing your own comic?

If I found an artist who would want to work with me and some publisher willing to take a chance on me as a writer, sure, that would be a blast!

Ken Kesey and One Flew Over the Cuckoo's Nest. Brilliant book. I'm not in his league, but he's the guy that made me pick up the pen. 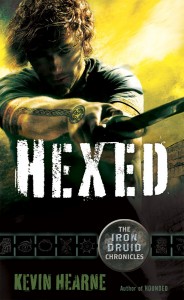 Sure, it would be awesome to be Atticus. I'd like to have the body of a 21-year-old again―who wouldn't?

> Do you still teach high school English, and if so, how do you find time to write?

Yes, I still teach English and Creative Writing (go figure). I do take advantage of weekends and school holidays. Summers are quite productive for me. On school nights, if I'm caught up, I can eke out 500-1,000 words after dinner, and that's not bad at all. Write 500 words a night and you have a 90,000-word novel in six months. That's a realistic goal for most anybody.

Fight scenes are tough for me. I have to actually get myself worked up to write them, because I'm not a violent person. I have to drink something strong to lower my inhibitions and listen to heavy metal to build up my aggression, and then it flows pretty well. Later I have to go back and clean up my prose and that's not very efficient, but at least it keeps me and my character in the fight.

Mostly it's at my kitchen table whenever I have time. There's a bird feeder outside and that's pretty relaxing, and the cat sits on the table and dreams of catching a bird. I like the mix of peace and predatory tension. Sometimes I'll write in a coffee shop or a bar because it's possible to really get into a zone there, but it's also horrifyingly expensive after a while.

I think the best thing about it is people telling me they were entertained. To take people away from their cares for a while―that's what it's all about for me. The worst part is the waiting to see if you're going to be rejected or not. I can handle rejection; it's the waiting that kills me. Tom Petty wrote a song about it. 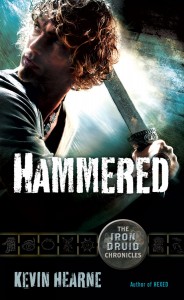 I actually wrote a series of blog posts about this―Stuff They Never Told Me About Publishing. One of the surprising tidbits is how much of your own publicity you'll do and how much fun it can be. There's not only the blog to worry about, but Facebook and Twitter and other social media. Probably the greatest pleasure, however, has been getting to know book bloggers. They're COOL. They're funny, literate people who really like to read. What's not to love?

Read a lot in your chosen genre and analyze how those published authors are getting it done. Then look for a niche in the market that's not being filled, and go fill it! That's what I did. Hardly anyone writes about Druids in urban fantasy. There's me and this one other fella, and our Druids are completely different. There are plenty of other opportunities like that out there, but you have to put in the time and do the analysis.

Work on several different projects. If you get stymied on one, say, "Neener neener!" and work on something else. Your subconscious will work on the problem in the meantime and eventually you'll be able to come back to it.

Hmm. There are people who would say that discipline and I are not very friendly, and that's probably true. I don't think of being disciplined; for me, the mind set is not "I have to write" but "I get to write."
Email ThisBlogThis!Share to TwitterShare to FacebookShare to Pinterest
Posted by Jessica Strider at 11:05