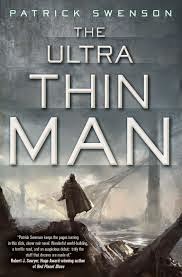 Memor technology allows humans to colonize several worlds. The Network Intelligence Office has been trying to catch Terl Plenko, leader of the Movement terrorist group. Plenko has been encouraging the colonies to leave the Union, using violent methods. The death of Plenko’s mate during an NIO mission on the Ribon colony puts investigative partners Dave Crowell and Alan Brindos on Plenko’s trail. His top henchmen (or maybe one of his alias’s) have potentially been seen on the vacation planet of Temonus, and Dave sends Alan there. Split up, they each learn that there’s a conspiracy going on, that they can’t trust the NIO, and that Plenko is more than he seems.

The book is narrated in alternating chapters by Dave Crowell, in first person, and Alan Brindos, in third person. While it makes it clear when you’re with the different protagonists, it took me several minutes of hunting through the text to figure out who the first narrator was (since he was “I” in the text) and properly understand what was going on. At the same time a lot of new terms are thrown at the reader, including a fair amount of tech terms, which didn’t help. Once I knew who the narrators were, I reread the first few chapters again to make sure I didn’t miss any clues with regards to the plot.

The first few chapters are quite slow as there’s a lot of exposition going on. After that, the narrative structure of quickly passing back and forth between the protagonists creates tension and interest, and the rest of the book was a rush of trying to figure out the mystery.

The mystery was very interesting. There are a lot of great twists and turns. So much happened that I could not have guessed in advance, which kept me on my toes, wondering how this was all going to end.

I enjoyed reading about both Alan and Dave. They’re proper noir PIs - thinking fast and cleverly inserting themselves where they need to be to get the information they want, though in the story they’ve contracted with the NIO and so have advanced resources. The supporting cast was varied and interesting, including several women and Helks (another alien race). I thought both Dorie and Jennifer were well written and intriguing.

While there weren’t many alien races, the Helks and Memors were kind of interesting. You learn more about the Helks, who are giant like humanoids.

If you like noir science fiction, this book has a great mystery and is a relatively quick read.
Email ThisBlogThis!Share to TwitterShare to FacebookShare to Pinterest
Posted by Jessica Strider at 09:06