...is an independent online publisher of horror, science fiction, dark fantasy, and literary oddities, founded in 2013 by author and editor Brett Reistroffer. The imprint was established as a home for ‘fringe fiction’ writers and creators of story and character driven dark fiction from around the world. Starting in late 2014, BDE is expanding into the world of print, releasing our first mass market title, Birney Reed’s short fiction collection ‘The Tales of Victor Coachman’, and future plans include further expansion into poetry, graphic novels, and ongoing comic book series.

While BDE keeps horror at its heart, it is the home of any story that falls outside the boundaries of safe conventions; dark fantasy, suspense, science fiction, the macabre, and any gritty tale that deserves to be read on printed page or digital screen. While we do focus on a generalized segment of the genre spectrum, our goal is to publish fiction that is worth reading for story and substance, not style and gimmick. You will never find a lovesick vampire or a horde of the undead in our books, instead you will find contemporary fiction that challenges and disturbs the reader, not for its graphic visuals, but for the story, characters, and events that tell a tale rather than a tag line. 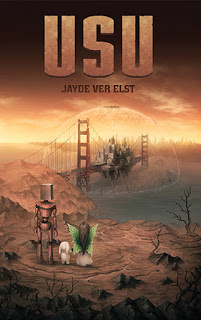 Humans are gone and bloody good riddance to the lot of them. The planet, left barren and lifeless by the long extinct species, has since been inherited by their own creations. Now all that roams the hollow cities and landscapes of man are the various machinations left bestowed with intelligent (or in some cases barely functional) programming, including the likes of janitorial robots, violently affectionate androids, and one very unfortunate stuffed rabbit.

Separated by distance and time, two unlikely soul mates, Usu and Rain have been rekindled by fate only to struggle once again to hold onto their fragile union. To save a friendship that has stretched across lifetimes they must trek across a land as exotic as it is unforgiving, joined in their adventure by cleaning droids, cannibal robots, and holograms from an era long past. Fighting against time, forgotten memories, and their own design at the hands of their former creators, they will find a way to be together forever, at any cost.

Usu is a heartwarming sci-fi humor adventure [in novella format] from the mind of South African writer Jayde Ver Elst that tells the tale of two very dear friends; a stuffed rabbit and his android girl.


The Tales of Victor Coachman by Birney Reed 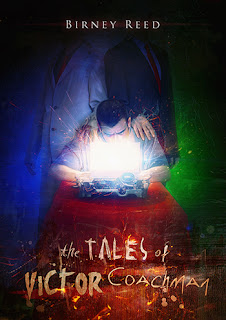 In this ‘meta collection’ of dark contemporary fantasy, a series of loosely tied tales of dark fiction and supernatural encounters are strung together as the work of fictional writer Victor Coachman. But it is not just his stories themselves that are presented in this book, but their consequences for both the writer and his fate.

The Tales of Victor Coachman is a single author collection presenting 13 original stories of modern fantasy, horror, and the supernatural from Columbus Ohio author Birney Reed, collected in print for the first time.

Email ThisBlogThis!Share to TwitterShare to FacebookShare to Pinterest
Posted by Jessica Strider at 08:50