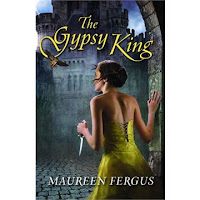 The Gypsy King & A Fool's Errand, both by Maureen Fergus. 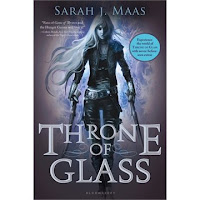 Gameboard of the Gods by Rachel Mead - I started reading it earlier this week and am really enjoying it so far.

100 Years of Vicissitude by Andrez Bergen

"First up, a disclaimer. I suspect I am a dead man. I have meagre proof, no framed- up certification, nothing to toss in a court of law as evidence of a rapid departure from the mortal coil. I recall a gun was involved, pressed up against my skull, and a loud explosion followed." Thus begins our narrator in a purgatorial tour through twentieth-century Japanese history, with a ghostly geisha who has seen it all as a guide and a corrupt millionaire as her reluctant companion. Thrown into the milieu are saké, B-29s, Lewis Carroll, Sir Thomas Malory, Melbourne, ''The Wizard of Oz'', and a dirigible - along with the allusion that Red Riding Hood might just be involved.

Blood and Bone by Ian Esslemont - I have to admit, I haven't read any of the Malazan books yet, but I've heard from many sources that they're excellent (both the ones by Esslemont and Steve Erikson).

In the western sky the bright emerald banner of the Visitor descends like a portent of annihilation. On the continent of Jacuruku, the Thaumaturgs have mounted yet another expedition to tame the neighboring wild jungle. Yet this is no normal wilderness. It is called Himatan, and it is said to be half of the spirit-realm and half of the earth. And it is said to be ruled by a powerful entity whom some name the Queen of Witches, and some a goddess: the ancient Ardata. Saeng grew up knowing only the rule of the magus Thaumaturgs -- but it was the voices out of that land''s forgotten past that she listened to. And when her rulers mount an invasion of the neighboring jungle, those voices send her and her brother on a desperate mission.

To the south, the desert tribes are united by the arrival of a foreign warleader, a veteran commander in battered ashen mail whom his men call, the Grey Ghost. This warleader takes the tribes on a raid like none other, deep into the heart of Thaumaturg lands. While word comes to K'azz, and mercenary company the Crimson Guard, of a contract in Jacuruku. And their employer... none other than Ardata herself.

The hard-won battles fought in Imager's Battalion have earned Quaeryt a promotion to commander, as well as an assignment to convince the Pharsi High Council in the nation of Khel to submit to Lord Bhayar's rule, which is key to Bhayar's ambition to unite all of Solidar. Joined by his pregnant wife Vaelora, who is also Bhayar's sister, Quaeryt leads an army and a handful of imagers deeper into the hostile lands once held by the tyrannical Rex Kharst, facing stiff-necked High Holders, attacks by land and sea--including airborne fire launched by hostile imagers from the land of Antiago--and a mysterious order of powerful women who seem to recognize the great destiny that awaits Quareyt and Vaelora, as well as the cost of achieving it.
Email ThisBlogThis!Share to TwitterShare to FacebookShare to Pinterest
Posted by Jessica Strider at 15:50