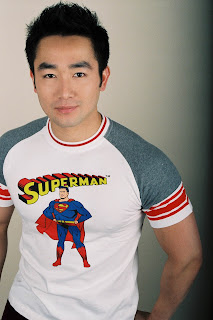 Novel: The Lives of Tao

> What is The Lives of Tao about?
Here’s the 140 character tweet version.
Loser meets snarky alien. Gets in shape. Fights war over control of humanity’s evolution. Finds a girlfriend. Not in order of importance.

> What drew you to writing about alien brain hitchhikers?

I've always been fascinated with history not so much for what happened, but why things happened. I didn't want to rewrite it. History is fascinating enough as it is, but I wanted to explore the logic behind it. How did we get to where we’re at today? What were these famous historical figures thinking?

My original idea was to explore and retell that why, and tie it in with the present. Basically, is it murder or manslaughter, because that matters. Now, let's toss in a few more variables. Add an alien civil war, toss in a lazy loser who hates his life, and let the fun begin.

> What made you want to be a writer when you already know kung-fu and moonlight as an actor?

I often say a writer can’t help but write. My first short story was in second grade when I wrote about the planets in the solar system always running into each other and getting into fist fights. My English professor Father read it and was like “this doesn't suck.” And if a traditional Asian parent tells you that, it must be pretty decent.

I've always had interests in many different hobbies, but writing was the one thing I always came back to. At the end of the day, when I had to choose what I wanted to do with my life, writing won out. Getting a little older of course helps in the decision making process. I’m not as limber as I used to be, you know.

> The protagonist of The Lives of Tao, Roen Tan, shares your Information Technology day job. Do you have anything else in common?

We’re both terribly insecure, love pizza, and hear voices in our head. Oh, and we’re both Kung Fu masters and we both tried to mug someone who was trying to mug us.

Good question. That’s a tough one. On one hand, it would be awesome to have this eternally wise alien who once invented Tai Chi and inhabited great historical figures doling out free advice. On the other hand, getting caught in an alien civil war and hunted by an international cabal sounds like it would suck. And I heard the job doesn't pay well either.

In the end though, I probably wouldn't do it. After all, as an author, I already have the best job in the world. Besides, I have a very low pain threshold.

I used to do the whole café circuit around Chicago, but it kind of became a waste of time. These days, I write at home. There’s something to be said about having a set place and time every day that gets someone in the right frame of mind to write. I also get to write in my bathrobe. 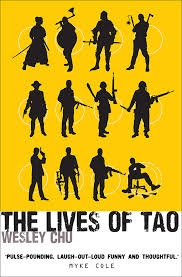 The best thing about writing is creating that story. It’s the most difficult and most rewarding thing I've ever done. The downside is these books are our babies. I lived, ate, and dreamt The Lives of Tao for years, and I’m just so ready to release it to the world. It’s like the world’s longest pregnancy.

The author needs to do a lot of marketing. You don’t just write a book and let the publisher do the rest. In the age of social networking, it’s up to the author to engage and grow his fan base. It’s a lot of work, and can be a massive time sink that could be spent writing instead.

However, there’s also this direct connection with the reader that an author makes that is very rewarding as well. Guess while we’re at it, please look me up at:

Write for yourself, not for the money or fame. The odds are slim you’ll get much of either. It’s a long road filled with potholes and road kill. Keep at it. Don’t ever show anyone your first draft. Keep reading books as you write. Don’t lose touch with your friends.

And get a dog or cat. Trust me on that last one. Eva Da Terrordale dragging me out for walks was the only thing that got my increasingly pasty white arse to see the sun once in a while. 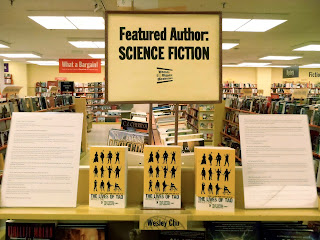 Keep writing. Write crap. Hate your words, but keep at it. It’s the only way you’ll bust out of the writers block. If you can’t think of anything to write, pretend you don’t have a backspace key and just plug away. Write about your day, your lunch, about how much your hamster Harold means to you. Just get something down and worry about sorting things out later.

And then have a scotch; neat. Then maybe an ice cream; just not at the same time. It doesn't taste good together. I’ve tried. You’ll feel better afterward.

You also have to treat writing as a priority. Give it the same respect and passion you would for anything else you’re serious about. It shouldn’t be something you do at the end of the day if you have time. Writing should be something you feel guilty for not doing.

Be hard on yourself. Go to war with it. Conquer it. Always remember have a beer with it at the end of the day. Then do it all over again tomorrow

> What's the first novel (published or unpublished) that you wrote and how long did it take to write it? How many rejection letters did you get for it?

The first book I ever wrote was a 190k monstrosity called Woes, Toads, and Crossroads. How many rejections do you think I got? =) It took a year to write the rough draft and was pretty much a hot mess.

I will say this. It was probably the most important thing I’ve ever written. The lessons I learned from it were invaluable for my writing career.
Email ThisBlogThis!Share to TwitterShare to FacebookShare to Pinterest
Posted by Jessica Strider at 10:48

I see Wes is yet another of that scotch-drinking SF writer set...