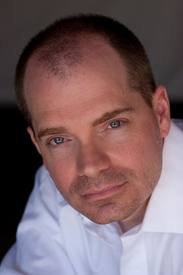 > What is the Nathaniel Cade series about?

Nathaniel Cade is the President's Vampire. Turned into a blood-drinking abomination in 1867, he was bound by a special blood oath to serve and protect the President of the United States. For almost 150 years, he has served as the first response and last line of defense against the supernatural evils that lurk in the dark. He's partnered with a human handler, who deals with the daylight world for him. Right now, this is Zach Barrows, a young political operative who's yanked out of a promising career in the White House to work with Cade. Together, they face undying evil and shadowy conspiracies -- and sometimes, the scariest monsters are the ones that are human.

> The character Nathaniel Cade is based on an actual sailor who reportedly turned to vampirism in the late 1800s.  How did you hear about this story and why did you decide to write novels about him?

I read the original story in a book called THE PRESIDENT'S VAMPIRE by Robert Damon Schneck. According to some newspaper accounts, President Andrew Johnson pardoned a man who allegedly killed two of his crew mates on a whaling vessel and drank their blood. He was sent to an asylum for the criminally insane, and no one really knows why Johnson spared him. But I kept wondering, what if that were just the cover story? What if the man really was a vampire? What would the President of the United States do with his own vampire? And the first book took off from there.

> What were some of your other literary and/or historical influences for Blood Oath? 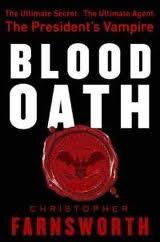 I've always been fascinated by tales of the paranormal and the strange, so I got to use a lot of the weird lore I read as a kid: books by John A. Keel, Loren Coleman, and the father of high weirdness in America, Charles Fort. I also looked for inspiration from Stephen King, Mike Mignola (author of HELLBOY), and Trevanian, the author of what I still believe is the best spy novel written, SHIBUMI. And of course, comic books. I learned a lot at an early age from Stan Lee and Jack Kirby.

> What made you want to be a writer?
Honestly, I have no other marketable skills. I knew I wanted to write when I was five years old, and most of my life since then has been one long attempt to figure out how to do that. I got a job as a reporter, and worked in journalism for years, then managed to sell a script, and finally turned one of my ideas into a novel. I'm an extremely lucky guy.

> If you could, would you change places with any of your characters?
Not a chance. Cade and Zach live in a world where the monsters are real, and there are very hungry things in the dark just waiting for their chance at us. They're burdened with the responsibility of keeping everyone else safe from unspeakable evil. They fight the War on Horror every day. It's not an easy job, and I wouldn't want it.

> Was Blood Oath the first novel you wrote and how long did it take to write it?
BLOOD OATH was actually my fifth novel, but my first published. I wrote a terrible novel for my undergraduate degree, then tried to write a few more thrillers and sell them before I had any success with Cade. It took me about eight months to write, but I had some distractions in between, like buying a house and the birth of my first daughter. 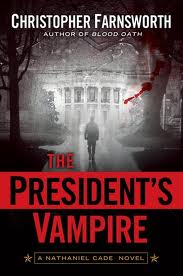 > When and where do you write?
I try my best to treat writing just like any other job I've held. So I go to an office within walking distance of my home and sit at a desk for up to eight hours a day. Sometimes I don't accomplish anything more than Facebook updates. Other days, I can get twenty or thirty pages done. But I always put in the time. A friend of mine once said, "The only way to write it is to write it."

> What’s the best/worst thing about writing?
The best thing: when the words are just flowing, and everything is falling into place. It makes me feel as if I'm fluent and smart and actually good at this job. The worst: when that's not happening, and every thought I have seems like it should be handled with disinfectant and rubber gloves.

> What is something you didn’t know about the publishing industry before you had your first book published?
My experience had been in journalism and screenwriting, so I was pleasantly surprised to find how seriously the author is still taken in publishing. People listened to my opinions about my own work. That hadn't happened much before. In Hollywood or at a newspaper, the writer is just the first part of the process, then everyone else gets to tear up the story. In my experience, at least, my editors and publishers allowed me to decide how it would look in the final draft.

> Do you have any advice for hopeful authors?
I've said this before, but never be ashamed of your enthusiasms. I spent a lot of time writing what I thought other people wanted to read, and I only sold a book when I started writing what I wanted to read -- a completely insane story about a vampire secret agent working for the White House. Listen when people tell you things about your craft, about how you're telling the story, about presentation and plot and narrative devices. That criticism is valuable and important. But if someone tells you that no one else will ever want to read about your favorite thing -- well, they're wrong. If you love it, keep writing it until you find someone else who does, too.

> Any tips against writers block?
Don't let the blank screen terrify you. Find one detail and start from there. Just fill the page as best you can, and go back and dump whatever doesn't work later. But sit down and write, no matter what.
> How do you discipline yourself to write?
It's still fun. Even when it's work. And, as I said, I don't know what else I would do.

> How many rejection letters did you get for your first novel?
Dozens. I can remember walking to my mailbox every day, finding the rejections, and then trudging back to my apartment. It was important and useful. I learned how to take disappointment. It took me a while to realize that failure is the only way to learn. You have to try, over and over, and fall down a lot, on your way. It was not an easy lesson, and I still don't like repeating it. But it still holds true. As Salman Rushdie once wrote, you have to try again, and fail better the next time.
Email ThisBlogThis!Share to TwitterShare to FacebookShare to Pinterest
Posted by Jessica Strider at 09:30

What happened to Mr. Farnsworth, he seems to have disappeared.

I assume he's currently writing his next book as I haven't heard anything to the contrary.