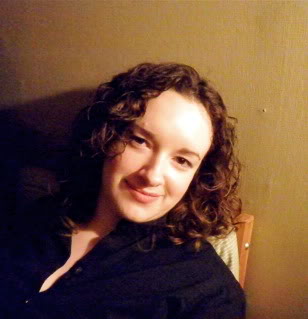 My publisher, Angry Robot Books, summarizes it this way: "Amy Peterson is a von Neumann machine, a self-replicating humanoid robot. For the past five years, she has been grown slowly as part of a mixed organic/synthetic family. She knows very little about her android mother’s past, so when her grandmother arrives and attacks her mother, little Amy wastes no time: she eats her alive.Now she carries her malfunctioning granny as a partition on her memory drive, and she’s learning impossible things about her clade’s history – like the fact that the failsafe that stops all robots from harming humans has failed… Which means that everyone wants a piece of her, some to use her as a weapon, others to destroy her."

I mean, they leave out the bounty hunters and the sea monster and the Cuddlebug, but it's a good description. More concise than what I'd write.

> Where did you get the idea to write about von Neumann machines?

My first husband introduced me to the term. But I was also intrigued with the recent innovations and proliferations of devices like the MakerBot and the RepRap and so on. I was intrigued with the idea of a machine that could build an exact replica of itself. I thought it was a fantastic metaphor for reproduction. Or rather, an externalization of an internal dilemma. So much of what we do as humans, biologically, artistically, and intellectually, is about reproduction and copying. It's how we learn. It's how we create. So I wanted to tell a story about how machines would deal with those dilemmas.

Madeline has a Masters of Design in Strategic Foresight and Innovation and has written a fantastic article for BoingBoing.net about the differences and similarities of writing science fiction and strategic foresight.

Writing is one of my favourite experiences in life. I enjoy losing myself in it. I enjoy no longer being conscious of myself. That's not because it's easy, or even physically pleasant, or because it wins me a lot of friends, or anything like that. It's not rewarding in any traditional sense of the term. But it's definitely an altered state, one that opens up another perspective on the world and on human experience.

That's why I enjoy writing, though, which isn't really an answer to your question. I wanted to be a writer when I saw other people doing it for real. It took meeting other professional writers to get a sense of how it worked as a career, and whether or not I wanted to do it. When I saw how they did it, and how their lives worked, I wanted it for myself. 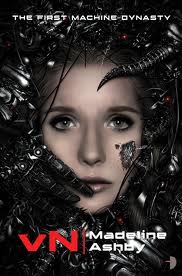 > Beyond the matter of length, do you find it easier writing short stories or novels?

Short stories are harder because they have to be perfect. It's the difference between preparing a holiday feast and a single dish. With the former, it's okay if some elements outshine the others, so long as everyone goes home satisfied. With the latter, each bite has to be perfect. Short stories are usually about five thousand words -- that's not a lot of room to screw up.

I wrote a novel when I was about fourteen that I completed when I was sixteen. It was about archaeologists. I wrote the first chapter as part of a Grade 9 assignment in an advanced placement history class, where we had to write stories about the ancient civ unit we were studying. I wrote a huge story that was more like a novella. My teacher -- himself an Oxford man and a Fulbright scholar -- challenged me to write a whole novel with those characters, with one chapter per unit. I'd get an A for the whole year in that class and be excused from regular homework, provided I agreed to a) finish the job and b) submit it to publishing houses. He made it very clear that if I wanted to do this, I couldn't do it half-way. Nobody bought the novel (for reasons that are patently obvious to me now) but it was really a good lesson in not screwing around with professional fiction writing. Go big or go home.

I re-wrote the opening for vN many, many times. That's in part because it started out as a short story. But it also took me a long time to figure out which tone to strike. It wasn't until I watched A History of Violence, the Cronenberg film, that I knew precisely what I wanted. Now whenever I watch the beginning of a film I'm always sensitive to what happens in those first fifteen or twenty minutes.

I write on my side of an office shared with my partner, writer David Nickle (Eutopia; Rasuptin's Bastards). We live in the hayloft portion of a century-old converted stable, so we're surrounded by trees. Green light streams in through the leaves. I write under a Nine Inch Nails promo poster, and under a Hollow Ichigo mask from Bleach, and a print from my friend Miriam Libicki's comic Jobnik! There are other pictures I'd like to put up, from Seattle and Kyoto and Detroit, but I haven't printed or mounted them yet. While I write, I wear noise-cancelling earbuds -- a pair of Sony XB-1's. (I tried some cheap Panasonic clones recently, and they were just awful. A step above airplane headphones, really. Don't waste your money. If you have the money, but the XB-4's. They're stunning. Heart-stoppingly expensive, but stunning.)

The best thing about it is saying exactly what you meant to say, or creating exactly the feeling you meant to. This is a hard thing to do, but when you nail it, and you know it, it's awesome.

The hardest thing is being alone. Writing is a lonely job. You mostly sit alone, and you can't really explain the challenges of what you're doing to someone who doesn't also do it, who therefore probably also wants or needs to be alone. But the loneliness is only part of it. You're lonely because nobody's watching you, which means that nobody can force you to stay on task. That can cause problems with productivity. On the other hand, there's nobody to keep you on task, which means nobody annoying you, and not having to wear trousers unless the doorbell rings.

So really, the best thing and the worst thing are the same thing. You're alone.

How slow it is. This is the thing I wish more people knew. Publishing operates at a glacial pace. And it's not because people are lazy, or aren't working, or anything like that. It's because all the decisions are usually group decisions, and they're hard. Publishing is a gamble, and most of the decisions made in publishing are made to mitigate risk. That means there's strategy involved, and strategy takes time. 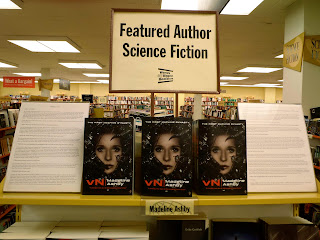 I suppose that depends on what they're hoping for. If you're hoping to get a short story published, that will happen eventually. (If you keep trying, that is. Nothing happens without trying.) If you're hoping to get a novel published, that's trickier. (It might happen, if the book is good enough and if the right factors line up. The book's quality is the only factor you have any control over.) If you're hoping to improve, though, that's a whole different game. I think most people (myself included) start out hoping to get published. But hoping to be a better writer, that's the hope you should really keep burning in the centre of your being. That doesn't mean that you shouldn't submit things, or that you should sit on your stories for too long. I've seen people waste a lot of time and effort by not submitting their work. Rather, if you're hoping to improve, you have to open yourself to the pain of improvement. It's not about you. It's not about making you happy. It's about making something good. That is often a totally different experience from being happy.

Take a shower. It's bad for your water bill, but good for your brain. It's probably the one place in your home that you're least distracted. There's no TV, phone, internet, food, kids, dogs, cats, whatever. Without those distractions, the solution to your problem -- and writer's block is always, in my experience, the result of a problem -- has room to creep in.

Also, competition works. There's nothing like seeing a bunch of other writers blowing past you in wordcounts and contracts to make you want to buckle down and get things done. It sounds shallow, I know, and I know that in theory we shouldn't be motivated by pride and so on. But if you've been stewing in your own juices for too long, it occasionally takes a reminder of how your peers have been able to just suck it up and deal to prod you to do something about it. This is why it's good for people to post their wordcounts. A rising wordcount raises all books.

If you're still stuck after all that, it's time to admit that you have a problem. This happened to me recently, and it wasn't until I spoke the words aloud to someone else that things began to turn around. It can be really embarrassing -- is there any more whiny problem than admitting you have writers' block? -- but owning the problem and the attendant embarrassment is part of solving it. Not least because in all likelihood, the people around you can help and want to do so.

Actually, I don't know the total number. My agent, Monica Pacheco at McDermid, does. This is part of why I like having an agent. If I had to deal with that stuff directly, I'd be an even more insecure writer than I already am.
Email ThisBlogThis!Share to TwitterShare to FacebookShare to Pinterest
Posted by Jessica Strider at 10:51

Thanks, Jessica, and thanks, Madeline!

I find that comparison between vN and A History of Violence interesting, and the more I think about the book, now that I finished it, the more I see what you mean...