Book Review: The Falconer by Elizabeth May 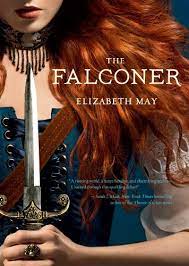 A year ago Aileana Kameron’s mother was killed in front of her by a fae. No longer the social debutant she once was, XX now fights the fair folk at night, social engagements notwithstanding. But her reputation is suffering and her father’s patience is almost gone. Soon she will have to choose her future, or have it decided for her.

While I sympathized with Aileana’s history, I didn’t particularly like her as a character. Her desire to kill the fae was treated very much like a drug addiction and it was hard seeing her losing her life to this obsession. I really liked her mechanical tinkering and would have enjoyed learning more about her various inventions. I was surprised by how little she thought about the consequences of her actions. Her reputation aside, the fact that she throws a bomb at monsters on a bridge in one scene with no thought of what destroying the bridge means for the city (or what kind of destruction her bomb could do in general before using it) showed how young and unprepared she was.

I liked that her best friend played a decent role in the book, and that female friendship was seen as an important factor in her life (something that’s often overlooked in SFF in general).

The book is set in an alternate Scotland, where the fair folk are real but most people don’t believe in them anymore. Only a few people, like Aileana can see them (with or without aid). The city felt like a vibrant place and the descriptions were very nice.

The romance aspects came up late in the book and were fairly subdued. So subdued in fact that I was actually shipping the wrong couple and was left surprised by the protagonist’s choices near the end.

The book ends in a cliffhanger, and it’s been a long time since I’ve read one of those. It was a very exciting scene so I turned the page in anticipation of the climax only to find the glossary.

It was an engaging story, fast paced with a fair amount of action.
Email ThisBlogThis!Share to TwitterShare to FacebookShare to Pinterest
Posted by Jessica Strider at 10:00