Oral traditions and later medieval writings say that Yekuno Amlak was an Amhara prince who traced his lineage to the last Axumite king. With the help of Tekle Haymanot, a monk who was later sainted, he overthrew the las ruler of the Zagwe dynasty and reestablished the Solomonic line in 1270. This is also when the Kebra Nagast (The Glory of Kings), which tells the story of how the Ethiopian kings were descended from the union of the Queen of Sheba and King Solomon was compiled and popularized.

For the next few hundred years the royal family travelled around the country in a tent city, using up resources before moving on.

Gondar was chosen to be a permanent capital by Emperor Fasilidas in the early 1600s due to its location at the centre of three trading routes. He expelled the Jesuits who had helped the country with the muslim invasions of the 1500s but who also kept pressuring people to convert to Catholicism. Fasilidas started a royal compound with castles influenced by Portuguese architecture. (Our guide said he wanted to build a more impressive building than the Europeans.) 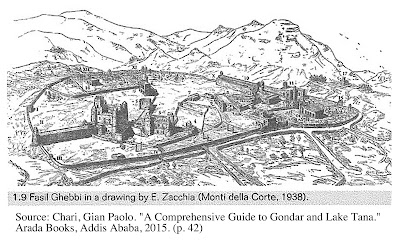 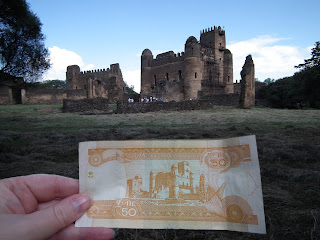 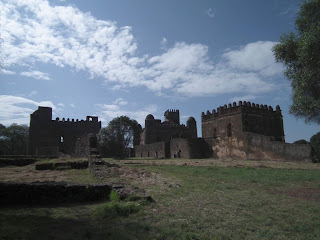 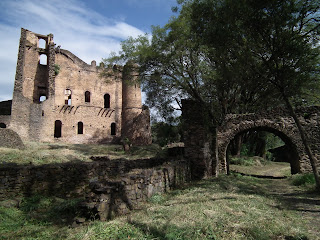 Another nearby building is called Fasilidas’ Bath. During Timkat (January 19th or 20th), which celebrates the baptism of Christ in the Jordan river, celebrants bathe in the waters. 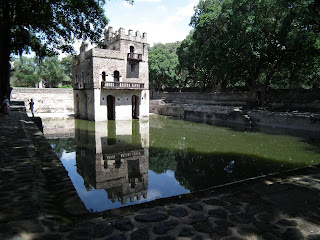 Founded by Emperor Iyasu I, who reigned from 1654-1706, Debra Berhan Sellassie church is one of the most iconic churches in the country. Famed for its ceiling of painted cherubs (angels) and fully painted walls. The church itself is shaped like the Ark of Noah, only upside down. The building was originally circular but was rebuilt later in a rectangular style. The thatched roof is modern. 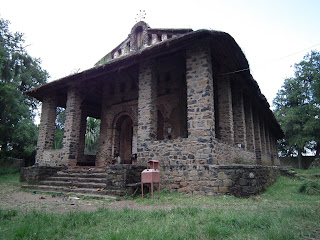 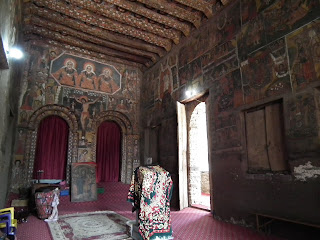 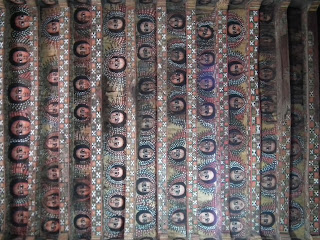 The Gondar Emperors were patrons of the arts and there are two distinct Gondarine styles.

In the 1700s Emperor Bakaffa died and his widow Empress Mentewab (whose crown name means 'how beautiful she is') became regent for their son. She had a castle complex built on a different site, called Qusquam, after a city the Holy Family stopped at on their way to Egypt when Christ was a child. Here’s a photo of the banquet hall ruins. The builders reused some older carved stonework when building it. 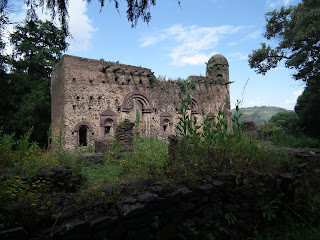 Gondar is an interesting city. We stayed at the Goha Hotel which had a wonderful panoramic view. You could even see Fasil Ghebbi from there. 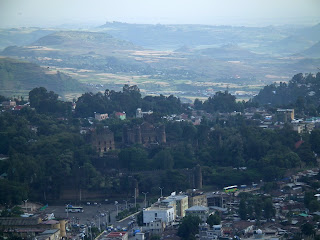 Email ThisBlogThis!Share to TwitterShare to FacebookShare to Pinterest
Posted by Jessica Strider at 10:08