Many thanks to the publishers who gave me access to the following advance reader copies.


The Invisible Library by Genevieve Cogman - Out June 14th, I've already finished this book and will be posting my review of it soon.  It's a fun steampunk mystery on the hunt for special books. 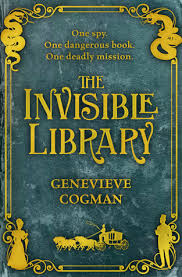 One thing any Librarian will tell you: the truth is much stranger than fiction...

Irene is a professional spy for the mysterious Library, a shadowy organization that collects important works of fiction from all of the different realities. Most recently, she and her enigmatic assistant Kai have been sent to an alternative London. Their mission: Retrieve a particularly dangerous book. The problem: By the time they arrive, it's already been stolen.

London's underground factions are prepared to fight to the death to find the tome before Irene and Kai do, a problem compounded by the fact that this world is chaos-infested—the laws of nature bent to allow supernatural creatures and unpredictable magic to run rampant. To make matters worse, Kai is hiding something—secrets that could be just as volatile as the chaos-filled world itself.

Now Irene is caught in a puzzling web of deadly danger, conflicting clues, and sinister secret societies. And failure is not an option—because it isn’t just Irene’s reputation at stake, it’s the nature of reality itself... 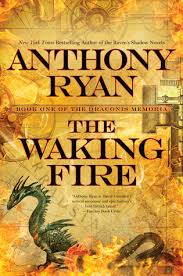 Throughout the vast lands controlled by the Ironship Trading Syndicate, nothing is more prized than the blood of drakes. Harvested from captive or hunted Reds, Greens, Blues and Blacks, it can be distilled into elixirs that bestow fearsome powers on the rare men and women known as the Blood-blessed.

But not many know the truth: that the lines of drakes are weakening. If they fail, war with the neighbouring Corvantine Empire will follow swiftly. The Syndicate’s last hope resides in whispers of the existence of another breed of drake, far more powerful than the rest, and the few who have been chosen by fate to seek it.

Claydon Torcreek is a petty thief and an unregistered Blood-blessed who finds himself pressed into service by the Protectorate and sent to wild, uncharted lands in search of a creature he believes is little more than legend. Lizanne Lethridge is a formidable spy and assassin facing gravest danger on an espionage mission deep into the heart of enemy territory. And Corrick Hilemore is the second lieutenant of an Ironship cruiser whose pursuit of ruthless brigands leads him to a far greater threat at the edge of the world.

As lives and empires clash and intertwine, as the unknown and the known collide, all three must fight to turn the tide of a coming war, or drown in its wake.

Email ThisBlogThis!Share to TwitterShare to FacebookShare to Pinterest
Posted by Jessica Strider at 09:02