I've already read and reviewed the first two books on this list, so instead of giving the synopsis, I'll just link to my reviews.  I really enjoyed both books, though for different reasons.  My work schedule has increased dramatically, giving me less time for reading and reviewing books.  I'm still hoping to get reviews up for some of these, but things are moving at a slower pace than anticipated.

I also attended the Random House kids preview for booksellers, but I'll cover those books in a separate post.

This House is Haunted by John Boyne 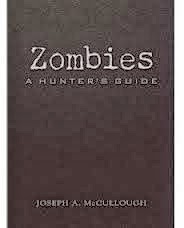 The dead have always walked among us, from the shambling corpses of Eastern European folklore to the drug-created zombie of Haitian voodoo. Now, in the post atomic-age, advanced science and globalization have increased the threat a thousand fold. Since World War II, the number of zombie outbreaks has increased every year, while governments desperately try to cover up the facts.

Zombies: A Hunter''s Guide contains all of the information necessary to recognize and combat this growing threat. Beginning with an explanation of the historical origins of zombies, it follows their history straight through to the threat they pose to the world today. All varieties of zombie are cataloged and examined, giving their strengths and weakness, with a special emphasis on recognition and elimination.

Finally, the book covers the tactics and equipment used in zombie fighting, from the man on the street with his sharpened hockey stick to the latest fully automatic grenade launchers and anti-undead armor employed by top-secret government "Containment Teams." Accompanied by numerous full-color reconstructions to help with identification, this book is a must for anyone on the frontlines of the Zombie Wars. 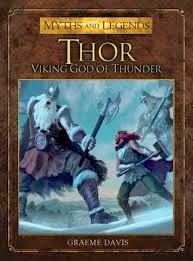 In the stories of the ancient Vikings, Thor is a warrior without equal, who wields his mighty hammer in battles against trolls, giants, and dragons. He is the god of storms and thunder, who rides to war in a chariot pulled by goats, and who is fated to fall in battle with the Midgard Serpent during Ragnarok, the end of all things. This book collects the greatest myths and legends of the thunder god, while also explaining their historical context and their place in the greater Norse mythology. It also covers the history of Thor as a legendary figure, how he was viewed by different cultures from the Romans to the Nazis, and how he endures today as a popular heroic figure.

The One-Eyed Man by L. E. Modesitt, Jr. - I've never read Modesitt, Jr., but I suspect I'll have to change that. 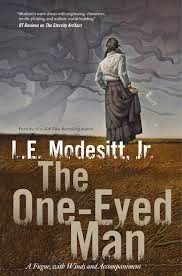 The colony world of Stittara is no ordinary planet. For the interstellar Unity of the Ceylesian Arm, Stittara is the primary source of anagathics: drugs that have more than doubled the human life span. But the ecological balance that makes anagathics possible on Stittara is fragile, and the Unity government has a vital interest in making sure the flow of longevity drugs remains uninterrupted, even if it means uprooting the human settlements.

Offered the job of assessing the ecological impact of the human presence on Stittara, freelance consultant Dr. Paulo Verano jumps at the chance to escape the ruin of his personal life. He gets far more than he bargained for: Stittara's atmosphere is populated with skytubes--gigantic, mysterious airborne organisms that drift like clouds above the surface of the planet. Their exact nature has eluded humanity for centuries, but Verano believes his conclusions about Stittara may hinge on understanding the skytubes' role in the planet's ecology--if he survives the hurricane winds, distrustful settlers, and secret agendas that impede his investigation at every turn.


The Reason I Jump: The Inner Voice of a Thirteen-Year-Old Boy with Autusm by Naoki Higashida - I heard about this book from a co-worker, who read and loved it (and is, incidentally the mother of an autistic boy herself).  Given the number of autistic characters popping up in SFF novels, I'm very curious to hear what life is like from an actual autistic POV.  It may also be a great reference material for authors choosing to write such a character accurately. 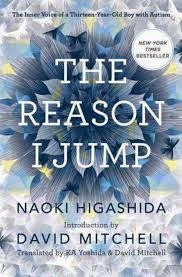 A story never before told and a memoir to help change our understanding of the world around us, 13-year-old Naoki Higashida's astonishing, empathetic book takes us into the mind of a boy with severe autism. With an introduction by David Mitchell, author of the global phenomenon, Cloud Atlas, and translated by his wife, K.A. Yoshida.

Naoki Higashida was only a middle-schooler when he began to write The Reason I Jump. Autistic and with very low verbal fluency, Naoki used an alphabet grid to painstakingly spell out his answers to the questions he imagines others most often wonder about him: why do you talk so loud? Is it true you hate being touched? Would you like to be normal? The result is an inspiring, attitude-transforming book that will be embraced by anyone interested in understanding their fellow human beings, and by parents, caregivers, teachers, and friends of autistic children. Naoki examines issues as diverse and complex as self-harm, perceptions of time and beauty, and the challenges of communication, and in doing so, discredits the popular belief that autistic people are anti-social loners who lack empathy.

This book is mesmerizing proof that inside an autistic body is a mind as subtle, curious, and caring as anyone else's.

Money: The Unauthorized Biography by Felix Martin - A history of money isn't something I'd have gone looking for, but I must say, this sounds fascinating. 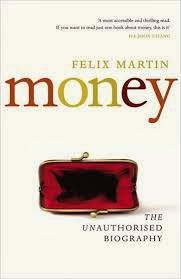 The essential handbook for anyone who wants to understand how our economic system really works, what has gone wrong with it, and what we can do to fix it.

What is money and how does it work? The conventional answer is that once upon a time people exchanged what they produced for what they wanted--cod in Newfoundland, sugar in the West Indies, tobacco in Virginia--and that today's financial universe evolved from barter. But there is a problem with this story. It''s wrong. And dangerous.

Putting the record straight, Money: The Unauthorised Biography draws on stories from around the world and throughout history, from the primitive tribe using as cash an enormous underwater stone wheel to the credits used by modern-day babysitting circles, taking in along the way spendthrift Dauphins, sixteenth-century vampire squid, rituals of sacrificial feasts in Ancient Greece, and the credit crisis in Ancient Rome (an eerie pre-echo of recent events).

In wonderfully witty and lucid style Felix Martin unfolds this panoramic secret history and explains the truth about money: what it is, where it comes from, and how it works. His absorbing account will rearrange your understanding of the world and show how money can once again become the most powerful force for good. By misunderstanding money we have become its slaves. This book sets us straight in order to set us free.