These are the books I received in March.  Quoted synopses are from the linked pages.

Amped by Daniel H. Wilson: "people are implanted with a device that makes them capable of superhuman feats. The powerful technology has profound consequences for society, and soon a set of laws is passed that restricts the abilities-and rights-of "amplified" humans. On the day that the Supreme Court passes the first of these laws, twenty-nine-year-old Owen Gray joins the ranks of a new persecuted underclass known as "amps." Owen is forced to go on the run, desperate to reach an outpost in Oklahoma where, it is rumored, a group of the most enhanced amps may be about to change the world-or destroy it."

Shadow and Betrayal by Daniel Abraham (an omnibus edition that includes A Shadow in Summer and A Betrayal in Winter): "...the aggressively expansionist Galt empire has alreadyconquered lands across a huge continent. But the cities of the Khaiem resist Galt's power with the andat-creatures of magic with godlike powers.

Each andat is brought into being by a "poet" who must say the right words and exert the iron will needed to control gods. Theindustrialized Galt war machine is helpless against the powers of the andat…but political intrigue and deep treachery combine to shift the balance of power in a world of ancient empires and immortal magics.

One man, Otah Machi, stands at the crossroads of history in these imaginary world fantasies, the fulcrum around which the wheels of epic history rotate through achingly poignant cycles of life and death, love and betrayal."

Spirits of Glory by Emily Davenport: "One morning, the people of the North woke up and the people of the South were gone. That’s the first thing every child learns on the colony world of Jigsaw. But for one girl, knowing about The Disappearance is not enough. Hawkeye wants to know why. Her curiosity won't let her refuse a journey to the Forbidden Cities, even though she's going into more danger than she can imagine." 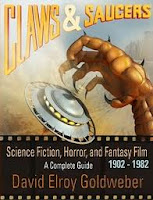 Article 5 by Kristen Simmons: The US has instituted a series of moral decrees, which have led to the incarceration of 17 year old Ember's mother and Ember being sent to a correctional school.  Her feelings for the boy she used to love - who was part of the team that took her mother away - complicate her life as she tries to reunite with her mother.

Aria Hahn by J. M. Carnright (a Cinematic interactive ebook, iPad app) : "ARIA HAHN - The Sena Project blends cinema, art, and an original symphonic score with a story based in the distant future while being hauntingly pertinent to our world today. This complete sensory experience of sight, sound, and touch takes the reader far beyond where ordinary eBooks go, thrusting you into other worlds filled with visual wonder and, at times, menacing fear."
Email ThisBlogThis!Share to TwitterShare to FacebookShare to Pinterest
Posted by Jessica Strider at 11:46