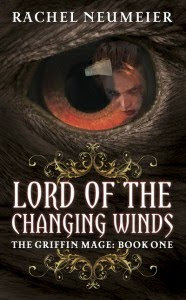 
Website: www.rachelneumeier.com
> What's the premise for The Griffin Mage trilogy?
The conflict in The Griffin Mage trilogy is sparked by human ambition, but that's just the spark. The big problems really arise because of the intrinsic differences between griffins and humans. In the world of The Griffin Mage, griffins definitely are not humans dressed up with beaks and feathers and claws. They are psychologically very different from humans -- generous, but not kind; joyfully courageous, but fierce and even savage.

The griffins are also creatures of fire, whereas humans are creatures of earth. The two types of magic are antithetical, so that griffins literally cannot exist in the same land as humans -- they bring their desert with them, ruining the countryside for human people. And yet they are beautiful as well as terrible, and all through the series we see how human people can be drawn to as well as repelled by the griffins.

I like all kinds of mythological creatures, but several wonderful griffins appear in books I really enjoyed -- notably The Year of the Griffin by Diana Wynn Jones and The Magic and the Healing by Nick O'Donohue. I had those griffins in mind when I started Lord of the Changing Winds, though I instantly took my griffins in an entirely unexpected direction. I mean, unexpected even by me!

> Do you think griffins will be the new dragons?

I don't think we'll ever see them appear as often, but that only means they'll retain a more exotic 'feel' while dragons seem comparatively more ordinary.

> How do you find time to write around breeding dogs, gardening, cooking and tutoring?

Well, first, my job is part time and also is arranged so that I can take off an entire month over Christmas. That's important, because I usually try to arrange to have a book ready to finish over that month. Also, I completely stopped watching TV while writing the second and third books of The Griffin Mage trilogy, and I haven't started again. So far in 2010, I have watched exactly two hours of television. And I definitely owe the success of the gardens to my retired mother, who lives across the street from me and is very energetic. She does the lion's share of day-to-day upkeep.

Cooking really good food doesn't take any longer than cooking out of a box as long as you make the right dishes. When I'm working on a book, I may not want to spend two hours making my own pumpkin ravioli, but there are plenty of dishes that can be made quickly or can be set up to cook slowly without needing much attention. Many Indian dal dishes are like that, and so are many Chinese and Thai dishes. Indian cuisine also offers lots of wonderful slow-braised dishes that take a long time but require minimal attention. And I'm not cooking for a crowd, so I don't need to cook every day. 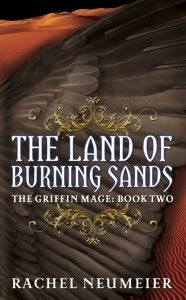 The dogs do take some time, especially when I have a show coming up. I show in rally obedience, regular obedience, and the conformation ring, so that's a lot to prepare for! But Cavaliers are cooperative and intelligent as well as beautiful, so as far as real training goes, a few minutes every other day for a month or so is really all it takes to teach a puppy all the novice rally exercises. Just yesterday, my six-month-old puppy not only did fine in her first conformation show, but also got a score of 97 and first place in her rally novice class. That was her first show weekend, and she only had about three weeks of casual training because I was busy, yes, finishing a manuscript.

I have to say, though, that having puppies can indeed be very distracting. Things can go wrong -- whelping and raising puppies is not for the faint of heart! Or if you have a premature puppy you're trying to nurse through aspiration pneumonia, there's not a lot of attention to spare for anything else. And of course it's very upsetting when you then lose the puppy despite everything you can do, and that kind of emotional roller coaster definitely interferes with writing.

Reading! Doesn't everybody who loves reading at least think about writing?

That's a tough one. I do have a real soft spot for Lady Tehre in Land of the Burning Sands. She is wonderful! Physics isn't really my subject and I had to do a tremendous amount of research to write her because she is a physics genius. It was entertaining to re-cast modern materials science into the natural philosophy of Casmantium.

I don't think so! I like modern technology and I don't think I would want to face the kinds of challenges my characters face -- not even for the chance to do magic.

It was an epic fantasy trilogy that was probably about 1200 pages long. I had just read a fantasy about an immature, sulky, irresponsible twit of a princess who couldn't think about anything but herself, so I thought I'd write a book with a princess the way she should be -- responsible and mature and intelligent. Then other plot threads came in, ghosts and gods and genus loci, and a character who was growing into her magical gifts, and a prince who was forced to seize power from his father . . . for a first try, I think it wasn't bad. Maybe someday I'll rework part of it, but I have so many other ideas that honestly, probably not. It took about three or four years to write, but I wasn't working on it steadily. 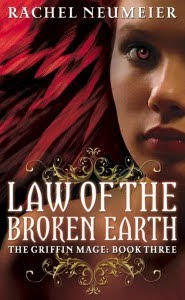 In a book that should come out in 2011 or 2012, tentatively called House of Shadows, I wrote the entire climatic scene, realized it was all wrong, took it out, and wrote a completely different climax. It finally wound up in good shape, but even though it was several years ago, this still stands out as definitely one of the hardest scenes I ever wrote.

I have a master's in ecology, animal behavior, and evolutionary theory. So far, it only helps in subtle, tangential ways.

At home, on the couch, with my laptop, surrounded by a crowd of spaniels.

Good things are the extreme satisfaction that comes from finishing a manuscript, from selling a book to a publisher, and from seeing your very own books on shelves at bookstores. Reading reviews from people who love your books gives you a wonderful high.

Not-so-great things include the painful slog to write a scene that isn't cooperating, the need for day-in-day-out work when you'd really rather be doing something else, and the uncertainty about whether a new book you've just written will actually be sold and then do well enough to make the publisher happy.

Oh, I didn't know anything! Well, I knew I needed an agent and I knew that the pace of publishing can be glacially slow, but I didn't know anything else. I certainly didn't realize that the pace can also be lightning fast and present you with amazingly tight deadlines -- I wrote the second and third books of The Griffin Mage trilogy in seven months total because Devi Pillai at Orbit wanted to bring the whole trilogy out in one year! This was great, but it was not easy.

There are now many, many good blogs written by agents and editors. Follow a couple for a while. I would suggest Janet Reid's regular website and also her QueryShark website. Also Nathan Bransford's site. And Miss Snark's archieves. You can learn a whole lot about writing good queries and the whole publishing process. I wish those sites had been up when I was learning about the query process.

Also, a good agent really is worth her weight in gold. It's not just getting your foot in the door; your agent is valuable because of her editorial advice and her knowledge of contracts. You definitely do need a good agent. 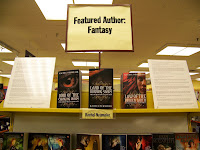 I think a lot (not all, but a lot) of so-called writer's block is mere self-indulgence. When you're stuck, just put words in a row until you figure out where you should be heading; then you can write with more focus. When you're not stuck, just not enthusiastic, you simply need to slog ahead with a daily minimum until you reach a scene you can really enjoy writing.

I don't have a particular time of day where I must write, but when I'm working on a book, I do have a daily minimum number of pages. That can be two to eight pages a day depending on whether I have a looming deadline or not. If I don't make the minimum, then the next day's minimum goes up to compensate. This gets the job done.

I got eleven rejections or no-responses for The City in the Lake.
Email ThisBlogThis!Share to TwitterShare to FacebookShare to Pinterest
Posted by Jessica Strider at 10:00