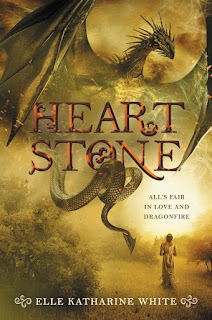 Aliza Bentaine’s life at Merybourne Manor changes when gryphons invade the nearby wood and kill her youngest sister. It changes again when the Riders they hired to hunt the gryphons show up and include the handsome but arrogant Alastair Daired. But more than gryphons stalk the land, and other mysteries darken Aliza’s world.

This is a close retelling of Pride and Prejudice, set in a world where monsters roam and dragons fly. There’s no recycled dialogue and the motivations for why characters act as they do have been adjusted to fit the realities of this world. I found that Aliza’s reasons for disliking Daired were more substantial here, making their eventual reconciliation a bit harder to accept. The ending has several major deviations from the source material, which I enjoyed. I especially liked that Gwyn (Charlotte in the original)’s marriage is for different, more mysterious reasons and that their marriage seems better matched. I did wish the mystery regarding her father had received more of a resolution though.

The addition of a wide variety of monsters was fabulous. I didn’t always know what creatures were, but it was fun seeing new and lesser used beings intermixed with the more familiar gnomes, wyverns, and dragons. The use of monster heartstones as engagement/wedding tokens was interesting. I also liked that different creatures spoke different languages, and not all humans understood all languages.

If you like Jane Austen and fantasy, it’s a fun retelling.

Email ThisBlogThis!Share to TwitterShare to FacebookShare to Pinterest
Posted by Jessica Strider at 11:16