Con: no frame story to bring the disparate bits together

The publisher describes the book better than I can, so I’m using their synopsis here: 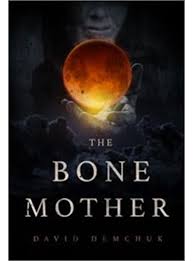 Three neighbouring villages on the Ukrainian/Romanian border are the final refuge for the last of the mythical creatures of Eastern Europe. Now, on the eve of the war that may eradicate their kind—and with the ruthless Night Police descending upon their sanctuary—they tell their stories and confront their destinies:

• The Rusalka, the beautiful vengeful water spirit who lives in lakes and ponds and lures men and children to their deaths;

• The Vovkulaka, who changes from her human form into that of a wolf and hides with her kind deep in the densest forests;

• The Strigoi, a revenant who feasts on blood and twists the minds of those who love, serve and shelter him;

• The Dvoynik, an apparition that impersonates its victim and draws him into a web of evil in order to free itself;

• And the Bone Mother, a skeletal crone with iron teeth who lurks in her house in the heart of the woods, and cooks and eats those who fail her vexing challenges.

Eerie and unsettling like the best fairy tales, these incisor-sharp portraits of ghosts, witches, sirens, and seers—and the mortals who live at their side and in their thrall—will chill your marrow and tear at your heart.


This is a collection of vignettes by people who have had supernatural experiences of some sort or are themselves supernatural creatures. Each story shows a snippet of life. There’s little description or detail, but it’s not required. I enjoyed piecing some of the stories together as the collection went on, though there’s no frame story giving them the feeling of being a cohesive whole. The publisher’s synopsis for the book is basically the frame story the book itself lacks and needs in order to give a sense of cohesion to the collection. I read this in ebook format and hadn’t read the synopsis in months, so wasn’t able to benefit from the information it gave. At the very least there should have been a wrap up story that tied things together better.

Most of the stories are fronted by a real photograph from the Costica Acsinte Archive. A few stories have hand drawn illustrations instead.

While I was familiar with a few of the creatures described, most of them were new and quite fascinating. It would have been cool to get more details about them, but again, the stories are more about ambiance and the feeling of dread than about describing things in detail. In this way, not knowing what the creatures were in some ways enhanced the horror based on the limited descriptions that were given.

Several of the stories are by people who grew up and lived in the three Eastern European villages, the rest are by their descendants. At least one story took place in Canada, and another in the United States.

On the whole I enjoyed the collection. A few of the stories were genuinely terrifying, while most were joyfully creepy. I would have liked a proper conclusion or frame story tying everything together better, but it’s definitely worth picking up.
Email ThisBlogThis!Share to TwitterShare to FacebookShare to Pinterest
Posted by Jessica Strider at 10:42