Polychromy in Classical and Gothic Art

A few days ago I read a really good article by Sarah Bond on why it's important we start seeing Classical artwork the way it originally was - in colour. The article points out that the Renaissance looked at classical art - what was by their time uncoloured marble - and found its aesthetic ideal. They did not know (unlike us) that originally these white marble statues were vibrantly (even gaudily) painted.


What the article did not point out, much to my surprise (probably due to space constraints), was that this turn towards Classical art was a response to - and rejection of - the current art style, what they termed 'Gothic'.

'Gothic' is named after the Visigoths, a 'barbarian' tribe that invaded what is now Italy, sacking Rome twice and bringing the final end to the Roman Empire in the West.

Its easy to forget when looking at cathedrals today that Gothic sculpture was also fully painted. The clean marble we admire, would have looked just as garish to modern (and Renaissance) viewers as Classical sculpture when it was first made. But the Renaissance artists didn't realize that.

Every generation tends to reject what came before in some way or another. Sometimes it's a complete backlash that vilifies the previous era. Sometimes it's more subtle. Consider, would you want a house decorated in 60s style? 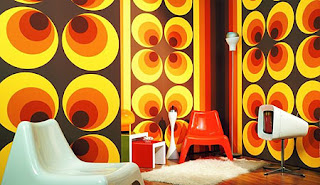 While it's strange to see fully painted Classical artwork, we need to accept that our aesthetic ideal isn't the same as that of people from the past. And looking at a fully painted church - the restored and recently cleaned Saint Chapelle royal chapel in Paris - excessive painting can look beautiful under the right conditions. Here are some photos I took when I visited in 2015. 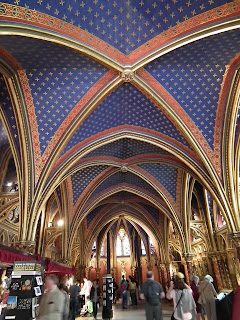 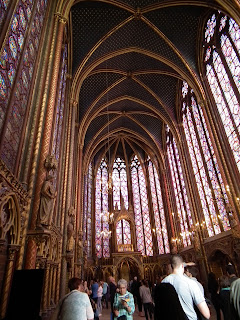 The first picture shows the lower chapel. Both it and the upper chapel in photo 2 share a blue painted ceiling with gold fleur-de-lis, but the upper chapel photo is too dark to properly see it. The stained glass means the entire upper chapel is bathed in coloured light. 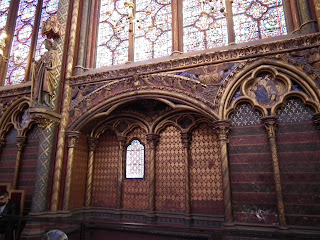 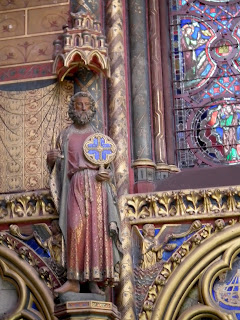 The statuary along the walls is vibrantly coloured, and rather than looking gaudy, the whole together is quite magnificently beautiful. It perfectly captures the Gothic art goals of coming to God through light and colour.

While I wouldn't advocate painting all the sculpture in Cathedrals and museums, I do think it would be helpful to see more artists renditions of what they would have looked like. I'd love to see the same for Classical artworks.
Email ThisBlogThis!Share to TwitterShare to FacebookShare to Pinterest
Posted by Jessica Strider at 10:53