My thanks as always to those who've sent me books this month. 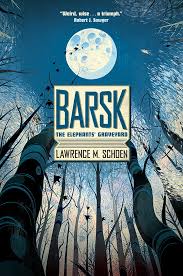 In a distant future, no remnants of human beings remain, but their successors thrive throughout the galaxy. These are the offspring of humanity's genius-animals uplifted into walking, talking, sentient beings. The Fant are one such species: anthropomorphic elephants ostracized by other races, and long ago exiled to the rainy ghetto world of Barsk. There, they develop medicines upon which all species now depend. The most coveted of these drugs is koph, which allows a small number of users to interact with the recently deceased and learn their secrets.

To break the Fant's control of koph, an offworld shadow group attempts to force the Fant to surrender their knowledge. Jorl, a Fant Speaker with the dead, is compelled to question his deceased best friend, who years ago mysteriously committed suicide. In so doing, Jorl unearths a secret the powers that be would prefer to keep buried forever. Meanwhile, his dead friend's son, a physically challenged young Fant named Pizlo, is driven by disturbing visions to take his first unsteady steps toward an uncertain future. 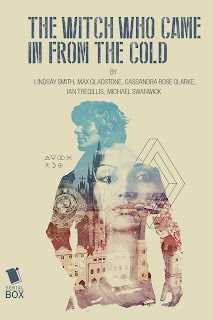 The Witch Who Came In From the Cold: A Long Cold Winter by Max Gladstone and Lindsay Smith - I've already read this and my review will be going up soon.  It's a new Serial Box series
which starts January 16th.

The Cold War rages in the back rooms and dark alleys of 1970s Prague as spies and sorcerers cross murky lines to do battle for home and country. The fate of the East and the West hangs in the balance right along the Iron Curtain—and crackling beneath the surface of it all is a vein of magic, raw and waiting to be tapped.


Spells of Blood and Kin by Claire Humphrey - This sounds like an interesting dark fantasy/urban fantasy debut, which comes out next June. 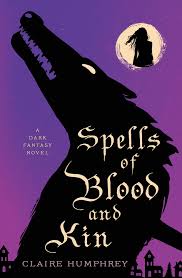 When her beloved grandmother dies suddenly, 22-year-old Lissa Nevsky is left with no choice but to take over her grandmother's magical position in their small folk community. That includes honoring a debt owed to the dangerous stranger who appears at Lissa's door.

Maksim Volkov needs magic to keep his brutal nature leashed, but he's already lost control once: his blood-borne lust for violence infects Nick Kaisaris, a charming slacker out celebrating the end of finals. Now Nick is somewhere else in Toronto, going slowly mad, and Maksim must find him before he hurts more people.

Lissa must uncover forbidden secrets and mend family rifts in order to prevent Maksim from hurting more people, including himself. If she fails, Maksim will have no choice but to destroy both himself and Nick.

The Bands of Mourning by Brandon Sanderson - I really enjoyed the first two books in this series, and the third is amazing so far (I'm half way through).  The books can be read independently, but you do lose out on the character building if you just right to this book.  There's also a spoiler for book one at the end of this synopsis.  Out January 26th. 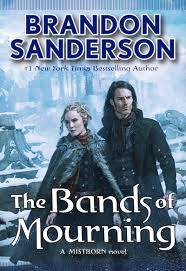 The Bands of Mourning are the mythical metalminds owned by the Lord Ruler, said to grant anyone who wears them the powers that the Lord Ruler had at his command. Hardly anyone thinks they really exist. A kandra researcher has returned to Elendel with images that seem to depict the Bands, as well as writings in a language that no one can read. Waxillium Ladrian is recruited to travel south to the city of New Seran to investigate. Along the way he discovers hints that point to the true goals of his uncle Edwarn and the shadowy organization known as The Set.