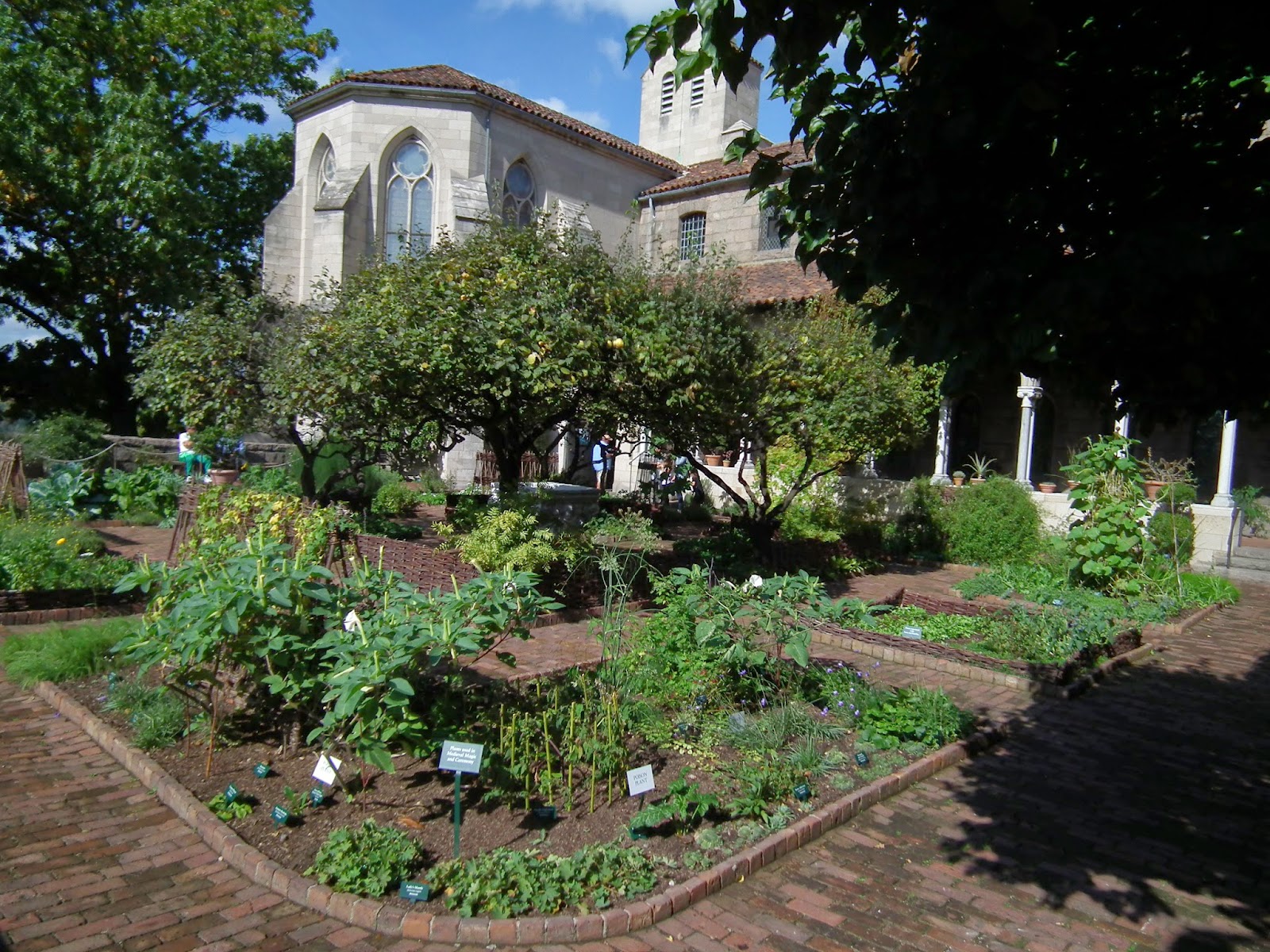 I have a lot of interests, one of which is herbs.  On a trip through Europe umpteen years ago I visited a lot of medieval and other historic sites.  I photographed several medieval style gardens.  I really wanted to photograph each plant separately and find out all I could about it, but the limitations of film (yes, I was still using film at the time), the number of plants I'd have to photograph and a lack of time meant I never did it.  Even now that I have a digital camera, on a recent trip to New York City, I couldn’t bring myself to take the time - after carefully examining everything else at the Cloisters Museum - to photograph each individual plant in the various flower beds of their recreated medieval gardens. 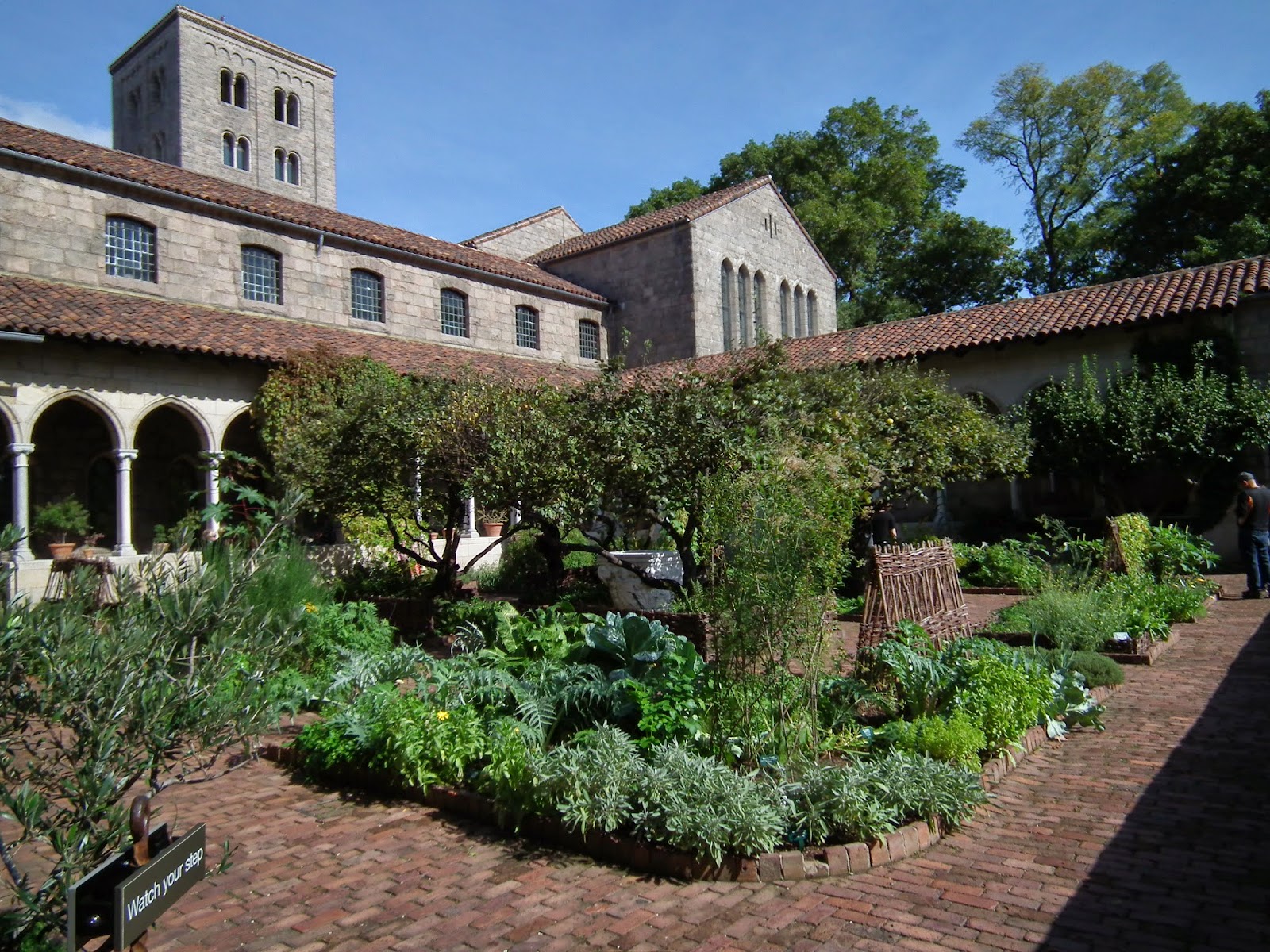 Similarly, over the years I’ve collected several books on herbs and medieval gardens, but time’s never been on my side with regards to sitting down and reading through the books.  Hence this column.  My idea is to take a particular plant or herb that was used during the middle ages and research what it was used for.  I’m hoping to learn a lot about healing, cooking, brewing, and other subjects through this.

While I was at the Cloisters I came across a list of all the plants included in their Bonnefont Herb Garden (pictured here) for the fall of 2014.  I’ll be using this list - with its Latin and English names - as the basis for my research.  The list is subdivided into several categories: Medicinal bed, Household bed, Vegetable bed, Salad bed, Magic bed, Love & Fertility bed, Arts & Crafts bed, and Brewing bed.  The list also has several beds that weren’t categorized by subject, which I’ll consider doing as well if this column gets that far.

Since I like magic and fantasy - and I want to engender some interest in this column - I’ll be starting off with the magic bed.

I expect this column will take a while to research, so I’m not sure how often these will be published.  I’ll be doing a few in advance today, which will give me an idea of what timeframe I’m looking at going forward.  I’ll have the first plant entry next Friday, then I’ll likely post some of my other columns.  If I enjoy this column and it gets some positive attention, I may consider moving these posts to another day (Monday perhaps) and post these every two weeks or so.  We’ll see.

Below I’m including a list of source materials I’ll be referencing for this column (including some books on herbs that may turn out to not be useful - I’ll update the list if that turns out to be the case and add any new books I come across).  Note, my Latin’s terrible, so the primary sources are all in translation.  A few of these books are from Archive.net (ie, they’re public domain due to their age).  I apologize if my citations aren’t in the correct format.  I’ve been out of academia for quite some time and couldn’t be bothered to look up the format beyond the basics.

Albertus Magnus. The Book of Secrets of Albertus Magnus of the Virtues of Herbs, Stones and Certain Beasts also a Book of the Marvels of the World. Edited by Michael Best and Frank Brightman. London: Oxford University Press, 1973.

Newdick, Jane. The Magic of Herbs. London: Salamander Books, 1991.
Email ThisBlogThis!Share to TwitterShare to FacebookShare to Pinterest
Posted by Jessica Strider at 12:45

I love the pictures of the cloisters!

Thanks! That means a lot, coming from you.

Thank you very much.
As reader of medieval mysteries where often herbs play a certain role, I appreciate your post series about medieval plants.