Many thanks to the publishers who sent me books this month.

The Martian by Andy Weir - I've already read and reviewed this book.  It was awesome.  Go read it. 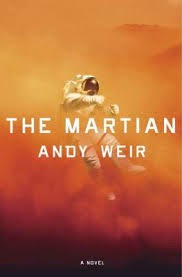 Six days ago, astronaut Mark Watney became one of the first people to walk on Mars.

Now, he's sure he'll be the first person to die there.

After a dust storm nearly kills him and forces his crew to evacuate while thinking him dead, Mark finds himself stranded and completely alone with no way to even signal Earth that he’s alive—and even if he could get word out, his supplies would be gone long before a rescue could arrive.

Chances are, though, he won''t have time to starve to death. The damaged machinery, unforgiving environment.


Nexus by Ramez Naam - This book has been on my radar ever since it came out in 2012. 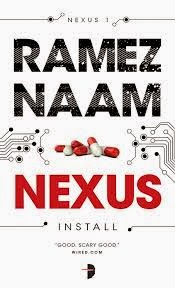 Mankind gets an upgrade

When a young scientist is caught improving Nexus, he’s thrust over his head into a world of danger and international espionage – for there is far more at stake than anyone realizes.

From the halls of academe to the halls of power, from the headquarters of an elite US agency in Washington DC to a secret lab beneath a top university in Shanghai, from the underground parties of San Francisco to the illegal biotech markets of Bangkok, from an international neuroscience conference to a remote monastery in the mountains of Thailand – Nexus is a thrill ride through a future on the brink of explosion.


The Whispering Swarm by Michael Moorcock - This is Moorcock's first non-series book in years and sounds really interesting. 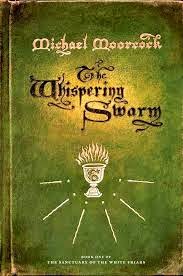 In 1253, Henry III granted a parcel in the heat of London to refugees from the Holy Land, the Carmelite friars.  Their garb gave the district its name: Whitefriars.  Later, when designated a sanctuary, it gained another: Alsacia.  Outside the law, the quarter became a haven for criminals, debtors, adventurers, and misfits.  Judging none, welcoming all, the brothers' only concern was to escape history's notice and its troubles.

So Alsacia did not suffer like the rest of the world.  No plague infected it.  No Great Fire consumed it.  No Blitz demolished it.  Within its walls, the friars persisted down the centuries, quietly keeping the secret of their true nature and purpose, guarding truths of cosmic import and a nameless treasure.

But in the years after World War II, a young Londoner named Michael stumbles into Alsacia, stunned to discover and impossible place where reality and romance, life and death, fiction and history coexist  Neither Michael nor Alsacia will ever be the same again. 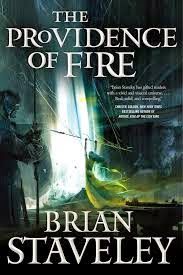 The emperor of Annur is dead, slain by enemies unknown. His daughter and two sons, scattered across the world, do what they must to stay alive and unmask the assassins. But each of them also has a life-path on which their father set them, destinies entangled with both ancient enemies and inscrutable gods.

Kaden, the heir to the Unhewn Throne, has spent eight years sequestered in a remote mountain monastery, learning the enigmatic discipline of monks devoted to the Blank God. Their rituals hold the key to an ancient power he must master before it's too late.

An ocean away, Valyn endures the brutal training of the Kettral, elite soldiers who fly into battle on gigantic black hawks. But before he can set out to save Kaden, Valyn must survive one horrific final test.

At the heart of the empire, Minister Adare, elevated to her station by one of the emperor's final acts, is determined to prove herself to her people. But Adare also believes she knows who murdered her father, and she will stop at nothing--and risk everything--to see that justice is meted out.


The Turnip Princess And Other Newly Discovered Fairy Tales Collected by Franz Xavier von Schönwerth; translated by Maria Tatar; edited by Erika Eichenseer - I love fairytales so I'm excited by the chance to read all these tales that have been lost for over a hundred years. 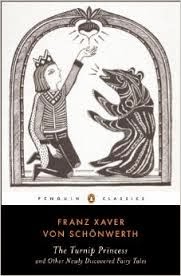 With this volume, the holy trinity of tellers of fairy tales—the Brothers Grimm, Charles Perrault, and Hans Christian Andersen—becomes a quartet. In the 1850s, Franz Xaver von Schönwerth traversed the depths of the Black Forest and scaled the heights of the Bavarian Alps to record fairy tales, gaining the admiration of even the Brothers Grimm. Most of Schönwerth’s work was lost—until a few years ago, when a researcher unearthed thirty boxes of manuscripts in a municipal archive in Germany.

Now, for the first time, Schönwerth’s lost fairy tales are available in English. Violent, dark, and full of action, and upending the relationship between damsels in distress and their dragon-slaying heroes, they bring us closer than ever to the unadorned oral tradition in which fairy tales are rooted, revolutionizing our understanding of a hallowed genre.