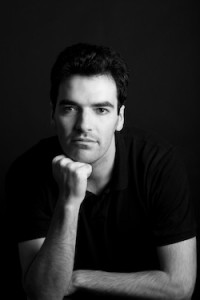 > What is your Alex Verus series about?


Fated, Cursed, and Taken are the first three books of an urban fantasy series set in London. Magic is real but most people don't know about it, and the rulers of the magical world are the Light and Dark mages, human beings who can use one particular type of magic like air or life or fire. The protagonist is Alex Verus, an ex-Dark mage who runs a magic shop in Camden. He's a diviner, able to see the future, which makes him very good with information but not so good at brute force, which is a problem given his habit of getting into difficulties with other mages, who usually have access to a very large amount of brute force which they're more than happy to use.

> What drew you to writing about a diviner and is this an ability you'd like to have?

Basically it was a writing decision.  I'd written four previous novels in the Alex Verus setting, but the main characters in all of those books used elemental magic like air or ice.  A problem I kept running into was that I found it difficult to write interesting conflicts using elemental magic:  too much of it just came to force on force.  So at some point (I'm not sure how) I came up with the idea of a character who's magic couldn't affect the physical world at all, but could only provide information.  It kind of snowballed from there.

I've never thought about whether I'd like to have the ability or not.  Different perspective I guess.  :)

I never particularly wanted to be a writer.  I just started doing it one day!

But then who'd write the stories for them?

> What were your literary influences for the Alex Verus series?

Jim Butcher, Diane Duane, and Agatha Christie, along with lots of less literary influences like RPGs, movies, and video games.

A children's fantasy story set in Cornwall with a Lion, The Witch, And The Wardrobe feel.  Took about a year and ended up over 100,000 words long.  I haven't looked at it in the best part of a decade because I'm sure I'd find it cringe-inducingly terrible.  First novels always suck.

For which book – Fated, Cursed, or Taken?  Can't remember – writer's block-inducing scenes occupy me completely while I'm doing them but I forget about them afterwards.  I can tell you which scenes have been the hardest for the book I'm working on right now though (which is Alex Verus #4) – it's the ones set in Elsewhere.  They've been driving me crazy.

On my bed, and irregularly.

How slow it is!  Don't expect anything to be done quickly, ever.

The first thing to understand is that it's very unlikely that you'll ever make a living as an author (as in VERY VERY unlikely – we're talking 1000-to-1 odds against).  Do it because you love it, not because you're expecting to make your fortune.

It happens and there's not much you can do about it.  Either you just force yourself to write anyway, or you do something else until you figure out a way through the problem (in which case you'll need to work twice as fast later to pick up the slack).

Having bills to pay is a pretty good motivator.  :)

Surprisingly few – I think only 4.  This was because I only sent it to 4 agencies.  By the time I started taking submissions seriously I'd finished writing my second book, so I was sending that out instead. That one got more like 40 rejections. 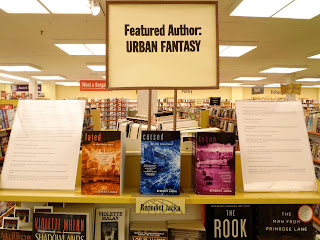