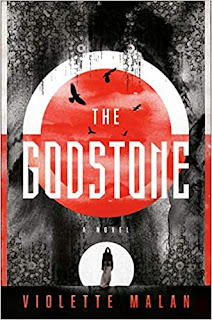 Cons: a bit slow at times

When the artisan Arlyn Albainil receives word that his cousin Xandra named him executor of his testament he knows something’s up. The White Council wants to open Xandra’s practitioners’ vault, the place magic users keep their most important - and dangerous - work. But Arlyn knows what Xandra kept his his vault - the godstone - is a powerful artifact too dangerous to be released. So he enlists the help of the village practitioner, Fenra, to seal the godstone away forever.

I really enjoyed the worldbuilding and learning how modes worked. There were a few confusing moments as the characters understood what was happening as they passed between modes in a way that wasn’t explained to the reader, but I caught on quickly. I also liked the complexity of magic and learning that there were other planes of existence.

Fenra was a great character, compassionate but also pragmatic. I loved watching her relationship with Elvanyn develop. While her age is never given, it’s clear she’s not young, and her actions show the careful consideration of someone with a good deal of experience behind her.

The story was told from the three protagonists’ points of view, with the character named at the start of each section so it was very easy to keep track of whose thoughts you were sharing.

The pacing is slow but steady, doling out information at a good rate to keep you interested and with some tense scenes as the godstone comes into play.

Though the author is working on a sequel, The Godstone works as a standalone, wrapping things up nicely at the end.

I really enjoyed the book and if you like old school fantasy, you should give it a try.
Email ThisBlogThis!Share to TwitterShare to FacebookShare to Pinterest
Posted by Jessica Strider at 09:40