In last week's trading card post I mentioned that some of the cards had character information. These are the cards for Luke and Leia from the The Empire Strikes Back set: 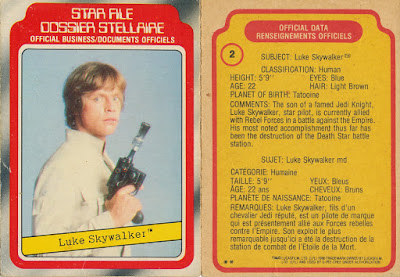 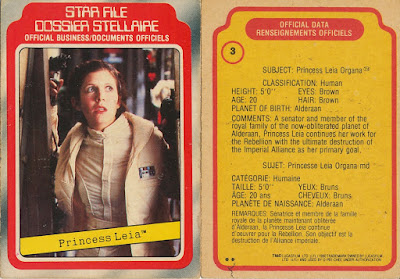 Notice their ages are different? While I recognize that it's not the film writers making the cards, the card manufacturer was obviously given the information by the production company. And this clearly shows that Luke and Leia were not believed to be twins at this point (the kiss in the film also indicates this).

The cards also show that not all the dialogue was finalized in the film when the cards went into production. I wonder if this is how the scene was originally written in the script. 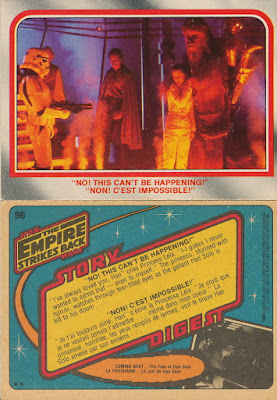 The cards also show some behind the scenes images, for artwork and filming. 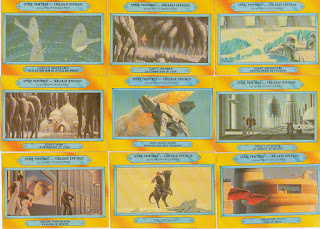 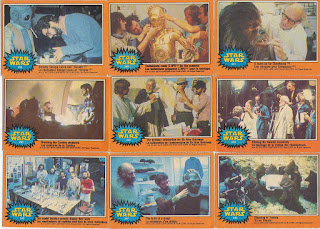 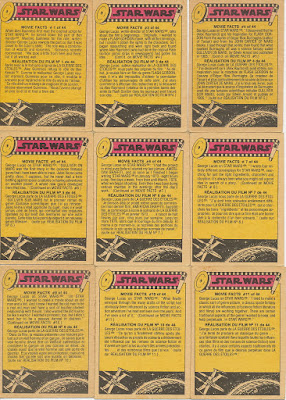 It's really cool that these were made.
Email ThisBlogThis!Share to TwitterShare to FacebookShare to Pinterest
Posted by Jessica Strider at 09:30